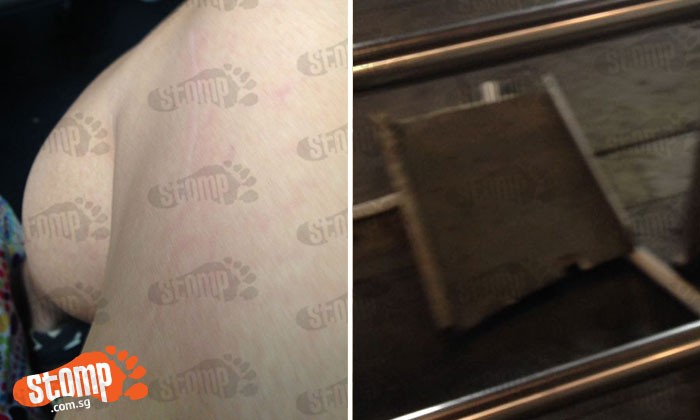 Stomper Sherine was at Woodlands Checkpoint when her leg got hit by an aluminium cover which fell from a ceiling as there was drilling being done near the area.

The Stomper was waiting for bus 160 when the incident occurred and her leg turned red.

After the incident, the foreman walked towards the Stomper while the worker got down from his ladder.

The foreman then talked to the worker and the worker got up the ladder once again, without a single word to the Stomper.

The Stomper looked at the foreman, waiting for him to apologise.

The foreman approached her and asked if there was any bleeding.

Sherine replied no and the foreman turned his back on her without a word.

Sherine said, "Just because I am not bleeding, does not mean they should not be responsible. Why was there no safety regulations?

"Why couldn't they arrange the work to be done at night after the last bus?"