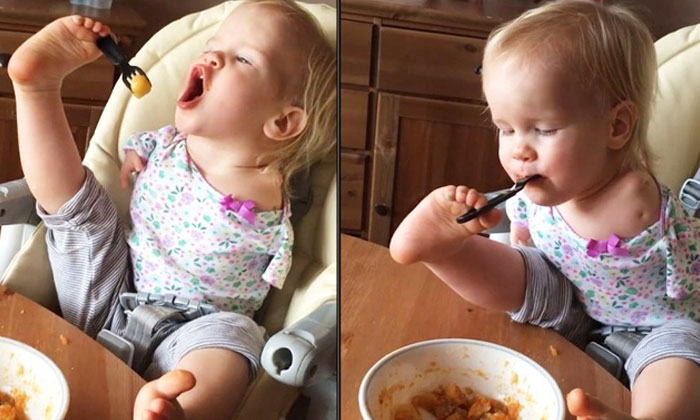 At first glance, this toddler might look like she is playing with her food, but no, that's just how she eats.

Born without arms, this inspirational video of the baby feeding herself with her feet has gone viral all over the web and moved many to tears.

According to Distractify, the footage has been viewed more than 57 million times in just one week of its release.

According to ZockMe, Elmira Knutzen posted the footage of her daughter, Vasiliny, scooping food from a bowl using a fork wedged between her toes.

The Russian mum had posted the footage to Facebook for friends and family, but has been flooded with messages of support ever since.

The toddler is seen making a few attempts to bring the food towards her mouth, but eventually manages to place the potato in her mouth after carefully adjusting the fork with her toes.

Little Vasiliny might not have succeeded the first time, but that did not stop her from trying again.

This episode has showed the world that anything is possible if you try your best.