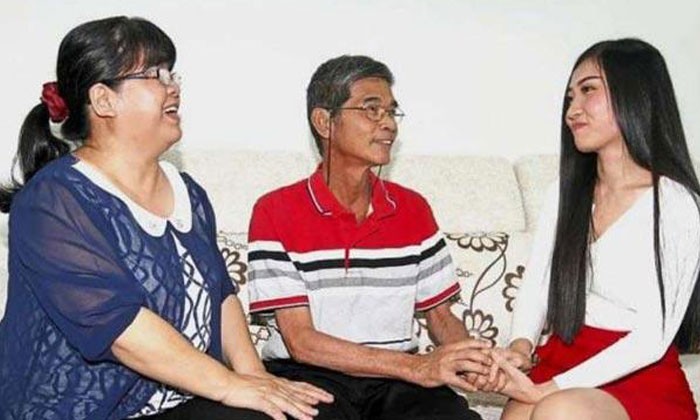 From Kota Kinabalu, Malaysia, Marie Christine Robert flew to Taiwan despite her parent's objections to donate part of her liver to her 57-year-old Mathematics teacher, Cheong Siew Hua.

According to The Star and Asia News Network via AsiaOne, she was in Form One at SMK Datuk Peter Mojuntin in 2002 and her act got her chosen as a winner of this year's Star Golden Hearts Award.

Cheong was repeatedly throwing up after a traditional Chinese New year reunion dinner and he was rushed to Queen Elizabeth Hospital, only to be diagnosed with a virus-infected liver.

His family was later informed that the liver centre in Selayang Hospital could not treat him.

Cheong and his wife frantically went to Hualien General Hospital in Taiwan and they were informed that Cheong must have a liver transplant or he would die in three months.

Two criteria for the donor would be blood type O and a family member.

Cheong's younger sister stepped up and volunteered but she was found unsuitable.

Pik Yin, his wife then sent out a cry for help to her family's WhatsApp group and among those who saw the message was a distant cousin of Pik Yin, Marie's mother.

"We did not know we were related and only realised this when I happened to meet Marie's parents when they came to the school to collect her Form Five report card," said Pik Yin.

"When I read the message, it was like there was a voice telling me not to think twice and just help," said Marie.

Her father, aunts and uncles tried to talk her out of it.

Her husband asked her to reconsider but when she decided not to budge from her decision, he supported her instead.

Marie too began to have her own doubts.

She said, "I would be lying if I say I didn't have se­cond thoughts. I thought about my son, my husband and my parents.

"I thought about everything. In the end, I was in a position to save someone's life. I prayed to God that whatever happens will happen."

On April 27 in Taiwan, Cheong and Marie underwent surgery for 12 hours.

Cheong then spent four months recuperating in Taiwan, returning to Sabah on July 10.

However, on July 16, he had to go back to Taiwan for follow-up treatment, staying there until Nov 6.

"All this is due to Marie's generosity.

"She's an angel God sent to help me."

Related Stories
Man loses wife 9 years after donating his kidney to her: 'Her last words to me were...'
9-year-old has successful kidney transplant with help from NKF
Guy loses 30kg so he can donate kidney to sister
kidney
donate
teacher
student
Malaysia