9-year-old has successful kidney transplant with help from NKF 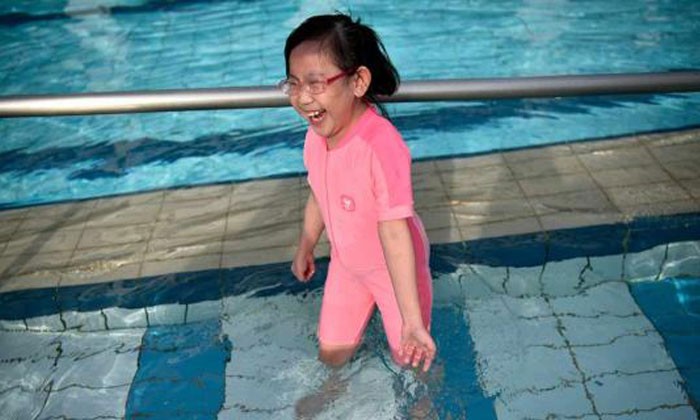 It is Children's Day today. For the first time, nine-year-old Lim En Xuan could let go and feast happily on fishballs and cotton candy at her school's annual celebration carnival yesterday.

En Xuan used to have end-stage kidney disease and had to watch her diet strictly. Last year, she vomited after having an "overdose" of the pink cotton floss.

"The worst part about my kidneys not working is not being able to eat a lot of snacks, such as my favourite cashew nuts and Oreo biscuits," said En Xuan.

The youngest such patient at the National University Hospital (NUH), which runs the national kidney transplant programme for children, is six years old.

Professor Yap Hui Kim, who heads the Division of Paediatric Nephrology at NUH, said the earlier transplantation is done, the better.

"Research has shown that (children) grow better in terms of height and they do better in school, so it affects their lifespan and quality of life," said Prof Yap.

Those on long-term dialysis are at risk of developing heart disease by the time they are 30 to 40 years old.

However, she said the average waiting time for a kidney for the children is six to 10 years because of the lack of donated kidneys.

Every year, about two to four children get kidney transplants from dead donors. More than half of the children with end-stage kidney disease get their kidneys from living donors, usually their parents.

But sometimes, their parents cannot donate because of an underlying medical condition or a mismatch in blood group.

About a third of children with end-stage kidney disease end up waiting.

Unlike Singapore, many developed countries let the children jump ahead of the queue in getting a kidney transplant because they tend to have better outcomes and the young ones are able to enjoy a better quality of life earlier.

En Xuan was born with kidney disease, and both of her kidneys stopped working when she was in Primary 1.

Every night for the last three years, she has had to go to bed by 8pm to be hooked up to a dialysis machine for 10 to 12 hours at home. The machine filters waste products from her blood.

That arrangement tired her out as she could not sleep well.

She used to cover her head with a pillow to block out the noise that the machine makes. In class, she often daydreamed or fell asleep.

As she often fell sick or was hospitalised because of her lower immunity, she missed up to one or two months of school each year.

"In my diary, I would write that I was sad and lonely as I missed my friends and I was scared that I couldn't catch up with my studies," she said.

During her operation in April, there were some complications and she needed to take two doses of a drug that costs over $21,000, which the family could ill afford. NKF stepped in and paid for it through donations.

En Xuan was discharged in May and has since put on 8kg.

"Soon, I won't be able to fit into the pail in the toilet," she said, referring to the pail she uses at home to create a bubble bath as she could not go near a pool in the past owing to fears of infection.

Now that she has a new kidney, learning to swim is at the top of her to-do list.

Related Stories
Crowdfunding drive raised over $46,000 for Thai teen hit by a car
19-year-old NTU student stays upbeat despite heart condition
A look inside the only school in China that's just for children with HIV
Dad's illness spurs investment consultant to pursue medicine -- at the age of 29
More About:
illness
child
children
sick
disease
NKF