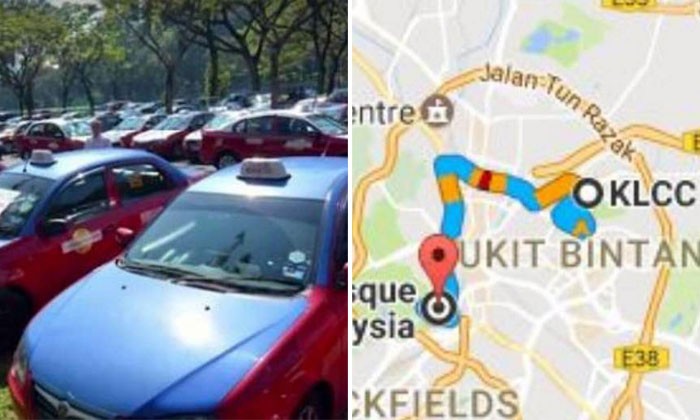 A taxi driver in Kuala Lumpur, Malaysia has gotten his licence revoked after charging two tourists from France, RM800 (S$256) for a 1.5km ride in Kuala Lumpur.

The Land Public Transport Commission (SPAD) stated yesterday (Jan 12) that it had terminated the cabby's licence as well as his vehicle permit for over-charging after investigating a complaint filed by the tourists.

The tourists were charged the fare when they took a taxi ride from Kuala Lumpur City Centre to the National Mosque on Dec 17, a  journey which normally only takes five minutes.

SPAD said that they will take legal action against the operator.

They added, "If found guilty, the operator could face a fine and/or jail term and the vehicle, forfeited.

"The individual involved will also be blacklisted to prevent him from getting a taxi operator's licence in future."

According to Bernama via The Straits Times, SPAD mentioned further that the cabby had contravened requirements under Section 22 of the Land Public Transport Act 2010.

"The Section provides for only one valid driver registered with SPAD to offer the taxi service and is required to use the meter to determine the fare of the budget taxi, as well as producing a receipt for the journey, " SPAD explained.

Related Stories
For real? Photo on FB shows shocking $21K cab fare!
Taxi drivers, don't complain if you're going to be so choosy
Cabby allegedly beaten up -- because he tried to stop passenger from drinking beer in taxi
Malaysia
cab
taxi
$256 for 5-minute journey