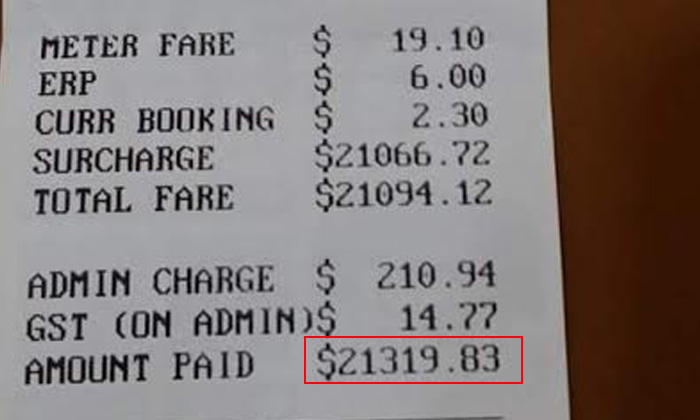 If this is real, this person's cab fare can fly first class suite from Singapore to New York already.

Stomper Apid alerted Stomp a photo of a person's shocking cab fare., which was shared by Jimmy Lin on Facebook group Singapore Taxi Driver on Jul 27.

Not sure how many ERPs, peak hours and extra charges you need to achieve that.

Facebook users are saying it is unlikely the Visa charges would have gone through, nor would the system have allowed it.

Commenters are speculating that it might be a Photoshop job, or a system or printing error.