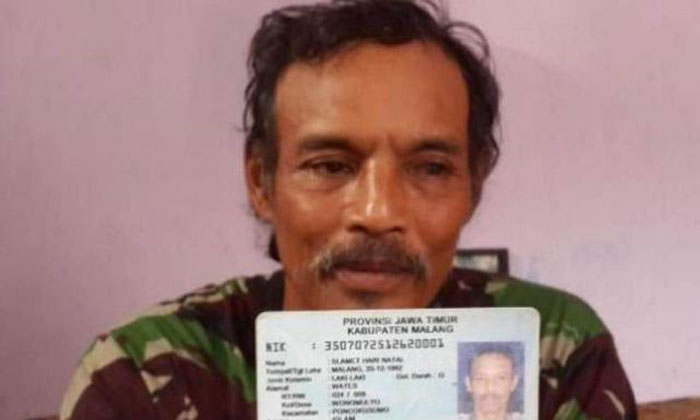 A 54-year-old man living in East Java, Indonesia revealed the amusing origin of his unique name.

He was named Slamet Hari Natal, meaning Merry Christmas, by his parents because he was born on Dec 25, 1962.

According to The Jakarta Post via AsiaOne, he proudly presented his ID card and family card and said, "Yes, that's my name".

"It was supposed to be Selamat Hari Natal, but because we are Javanese, it became Slamet."

He said that the midwife who helped his mother to deliver him was Christian and suggested that his parents name him Selamat Hari Natal, the Indonesian Christmas greeting.

Despite being Muslims, his parents accepted the suggestion but named him Slamet instead of Selamat, which is a common Javanese name that loosely translates to "safe".

"They said they didn't want to think hard for the name, and they had that name ready, so they accepted the suggestion," he said.

Although his name is Slamet Hari Natal and he is a Muslim, he said he never received any criticism from his neighbours:

"No, never. We practice tolerance here."