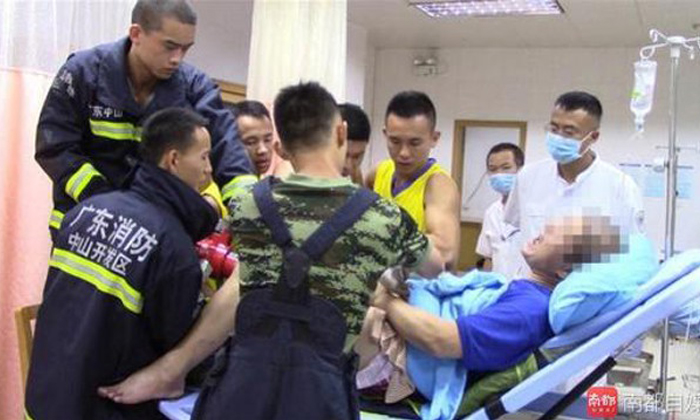 A 45-year-old man in Guangdong, China found himself in extreme pain after somehow managing to get his testicles trapped between two strong magnets.

According to Shanghaiist, the man explained that he had been practicing "magnetic therapy" at home when the unfortunate accident occurred.

Ten firefighters had rushed to the scene after emergency services received the man's desperate plea for help at 4.48am, but found themselves at a loss on what to do.

The commander decided to send the victim to hospital, where doctors and firefighters argued about what should be done as none of them had ever witnessed such a situation before.

With permission from the man and his wife, rescuers began setting up to separate the magnets with a hydraulic tool.

However, this proved to be impossible as there was no room for the huge hydraulic machine, plus the magnets were stuck too tightly.

Doctors then went to the extent of contacting the magnets' manufacturer for help. The company suggested sliding the magnets off but this was ruled out as being too risky.

By then, four hours had already passed.

Eventually, a hydraulic cutter was used to break up the magnets into smaller pieces so that they would lose their powerful pull.

The man's genitals were finally free after an extremely delicate operation and he suffered no permanent damage.