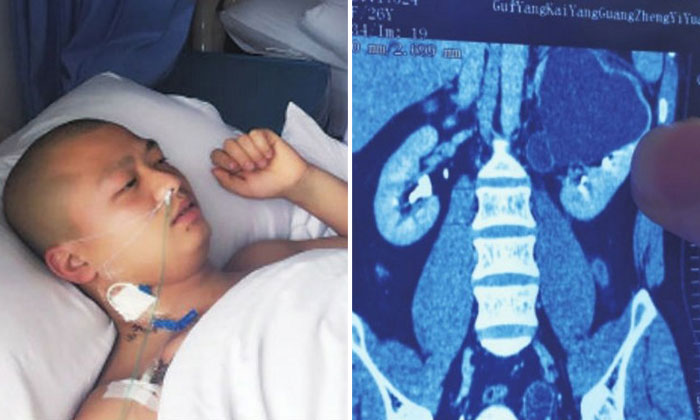 A man from Guizhou, China was admitted to hospital after complaining about abdominal pain.

Wang Kailian, 28, said that it was so severe he could not even stand.

Only after being transferred to a hospital in Guiyang, doctors discovered that he had four kidneys and that one had become infected.

Wang underwent an operation last Wednesday (June 15) to remove the affected kidney and is now recuperating.

According to Shanghaiist, Wang's doctor said that he had never seen anything like this in his 20 years as a doctor.

Wang's condition is called duplex kidneys and occurs in approximately one percent of the population.

In most cases, the kidneys are only partially formed.

The man's family said that he has been healthy throughout his life and eats and drinks more than the average person.

It is likely that if he had not developed an infection, he may never have known about his unique condition.

Reporters discovered that Wang is not the only one to have medical abnormalities in his family.

His older sister, father and grandmother all have additional fingers or toes of varying sizes.