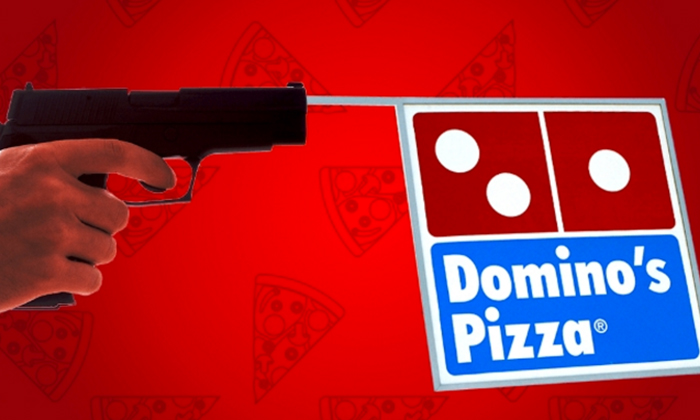 If there was title for the most unlucky person of the month, it would have to go to this guy.

After getting robbed  at gunpoint not once, but twice in the span of weeks, a pizza delivery driver was slapped by a fine issued by his company -- for getting robbed.

Not only that, the man was also hit across the face with a gun during the first robbery and required stitches according to Distractify.

Despite reporting the robbery to the police after the incident occurred on Saturday (Nov 30), the driver from Michigan, USA was still fined by Domino’s, citing a breach of company policy.

According to, Ronnie Asmar, a spokesman for Domino’s, drivers are required to return to the store to deposit the money that customers hand over so they would not have more than $20 on them at any given time.

“If it was a situation where he did not do his drop, for example, if he went back to the store and left with more than $20 on him at the time, he would be asked to pay for it because it is his responsibility based on the way we hire them.

“It's their responsibility to make sure they do a drop every time.”

Ronnie also confirmed that drivers are not permitted to carry weapons to protect themselves.

“We don't want our customers feeling threatened by any weapon of sorts that our drivers could have on them.

“If an altercation may occur it would put the company in a position of looking poor.”

Netizens have expressed umbrage at the company’s inhumane treatment of its employees, with many threatening to boycott the franchise.

"That is so unfair!!

“If the police were called & a report was filed,

“I'm sure they can write it off as theft...why punish a driver who stuck around despite going through something so horrible?"

"If this is the way Domino's treats their delivery drivers, then they can kiss my business goodbye," wrote another.

"What a rotten way do business.

“I wonder what would have happen if the driver was shot pay your own medical bills.”

Related Stories
Dead grandmother is 'not a good reason to skip school' -- and teacher continues to ask for evidence with no condolences offered
Dad has perfect response to son's permission slip to read Fahrenheit 451
Steady lah, say netizens after rider gives woman a piece of his mind when she allegedly jaywalks in Sengkang -- then films him
pizza
robbery
funny
getting robbed
violation of policy
sarcastic