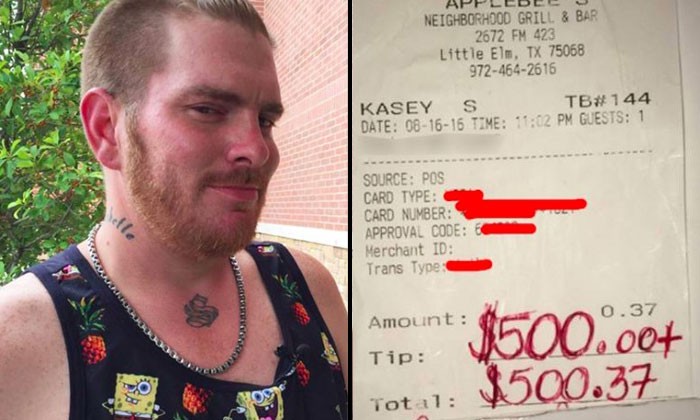 Kasey, who was waiting on the customer's table, found a note on a napkin explaining how the day before he had helped a woman with her groceries at a Kroger supermarket.

According to 22 words, the woman was looking upset hence Simmons came over to her, told her she was beautiful and offered to pay for her groceries which was worth $17 ($24.64)

The note left on the table came from the woman's daughter who said, "On behalf of the Sullivan family, I want to thank you for being the person you are.

"On one of the most depressing days of the year, (the death of my father, 3 year anniversary) you made my mother's day wonderful.

"She has been smiling since you did what you did.

"Her groceries was only $17.00, and you insisted on paying and called her a beautiful woman."

What goes around comes around.