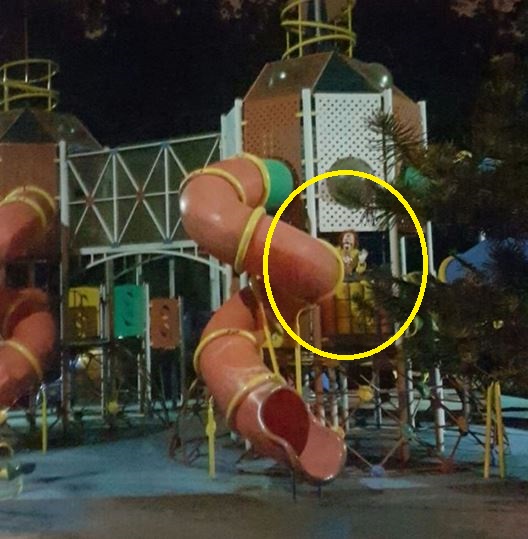 The current clown sighting craze, perhaps one of the most senseless trends ever, has swept countries such as America, New Zealand, Australia and other Western nations.

Sadly, that rather annoying trend seems to have landed quite close to us, as seen on a report on The Coverage.

Two Malaysians have reported that they saw creepy clowns at different locations, at nearly the exact same timings.

A woman named Chloe Ang said she spotted one in a public park, which netizens guessed to be Bukit Jalil.

At almost the exact same time, a netizen named Alex Tham spotted a clown as well.

If you are thinking of joining in the craze in Malaysia, netizens' comments are less than encouraging.

“Where is this park? I want to hit people. There are other things to joke around with, but he jokes around with this.”

“Let’s go! Take a taser and electrocute him!”

Judging by the beatings some thieves receive at the hands of Malaysians, we would highly discourage dressing up as clowns.

Although we do pity guys who actually work as clowns and risk getting beaten up thanks to a few guys with nothing better to do.

Related Stories
Uni students spark riot in US to hunt creepy clowns -- but parents and police are NOT impressed
Students get weapons and helicopters involved in a manhunt after Photoshopped picture of clown in campus gets shared on Facebook
Sick trend of women posing naked at public places in S'pore continues
Fashion trend or wardrobe malfunction? Woman's translucent skirt leaves passers-by at Lot 1 baffled
clown sightings
clown craze
Malaysia clown