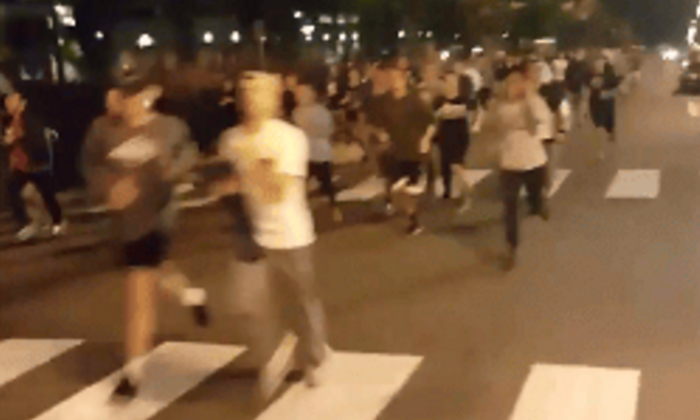 According to UNILAD, the recent sightings of creepy clowns across the United States caused a mass panic among students in Pennsylvania State University.

Getting regular updates from the short-lived Twitter account of the clowns' whereabouts, the students began their mass hunt in the streets by chanting, wielding tennis rackets, lacrosse sticks, baseball bats and hockey sticks.

In the pictures and the video below, these university students are seen running across the roads in large groups, hoping to spot a clown.

While these university students are having fun with their clown hunting, parents and teachers are unimpressed with the scary clown pranks, which are fueled by social media and online videos.

It is thought that these incidents in America are inspiring Britain’s recent bout of strange circus characters.

Related Stories
Students get weapons and helicopters involved in a manhunt after Photoshopped picture of clown in campus gets shared on Facebook
More About:
university
scary
creepy