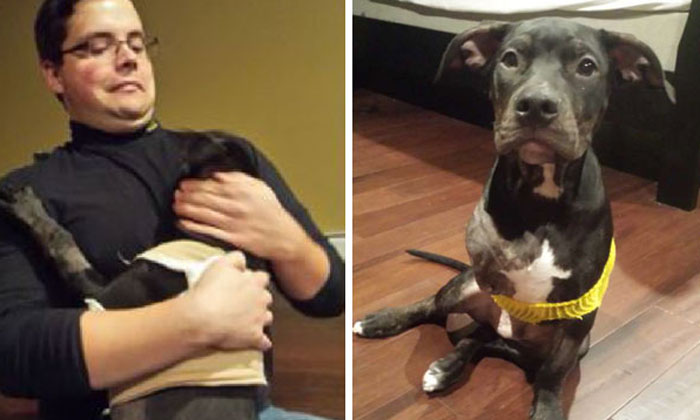 An injured puppy was thrown out of a moving car and left to die on Halloween night.

However, the lucky pup was picked up by two kind souls who brought it to the Albany Police Station, reported BoredPanda

Despite being told by animal control that nothing could be done, Patrolman Jon-David Hill didn’t want his life to be pain and suffering and just be over.

Hence, he adopted it and named it Jack.

As Jack had an old injury, one leg had to be amputated.

Only having three-legs did not deter Jack from being an incredibly cheerful and loving puppy.

"He's nervous when he first meets people, but once he can smell you, he automatically starts licking everybody."