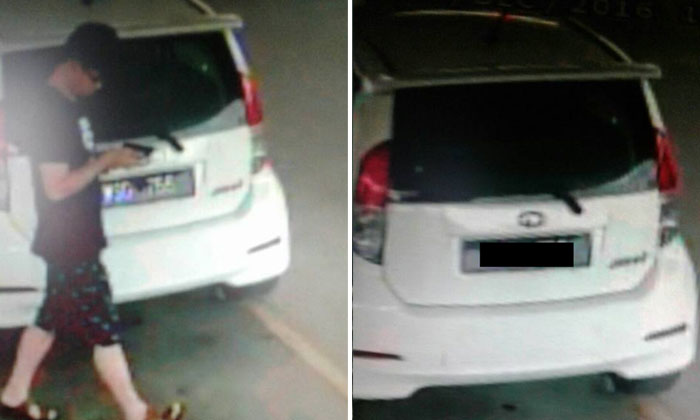 Hit-and-run cases are a dime a dozen these days and generally invoke a unanimous feeling of resentment.

However, a unique case in Malaysia had many netizens scratching their heads.

In a post uploaded by Facebook Nur Hazeyrah, she describes what allegedly happened to a close friend.

The friend had been the victim of a hit-and-run accident at about 10am on Saturday (Dec 10) in Puchong, Malaysia.

However, her friend claimed that after the accident, the culprit was humane enough to send him to a clinic, but took off immediately after that, reports World of Buzz.

Footages from the CCTV show the victim, in green walking to his motorcycle when the reckless driver suddenly ran over his leg.

The culprit stopped his car immediately, and quickly got him into his car to send him to a clinic for treatment.

However, the driver did not lodge a police report after that but took off, leaving the victim in the clinic.

Hazeyrah subsequently shared about the incident on her Facebook page, urging the public to help her friend find the driver.

“How could someone just throw away their responsibilities like that?

“How would you feel if the victim had been your family member?”

After a few hours from her initial posting, Hazeyrah updated her post, informing everyone that the case was solved and thanked everyone who helped in locating the culprit.

Related Stories
How brutal! Driver punches 75-year-old man for making illegal U-turn and causing car accident
Driver crashes car after going at high speed on PIE and losing control -- but where is he off to?
Female biker, 32, and male pedestrian, 14, sent to hospital after accident with car at Yishun junction
reckless driver
accident
humane
Confusing accident sees driver running over man's leg and sending him to clinic before fleeing