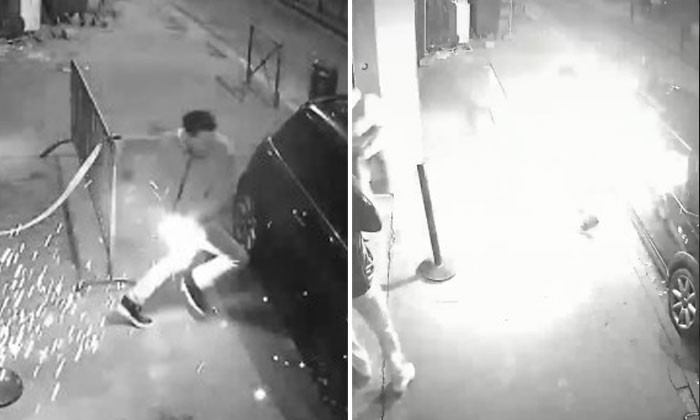 A nightclub manager in France, Amine Britel, was smoking an e-cigarette before putting it inside his jacket's pocket.

He told the Le Depache Du Midi newspaper, "I heard what sounded like a firecracker but ten times louder.

"After the shock of the explosion, I realised I have caught on fire.

"I really did not understand what was happening.

"The pain came after."

Amine believes his loose change was the cause of the explosion.

The firefighters arrived shortly and he was lucky to be wearing a cotton t-shirt underneath and not a synthetic one.

He will be treated by a nurse for the next 20 days.

Watch the video by Jukin below.