Now, there are reports of Samsung S7 Edge phones exploding 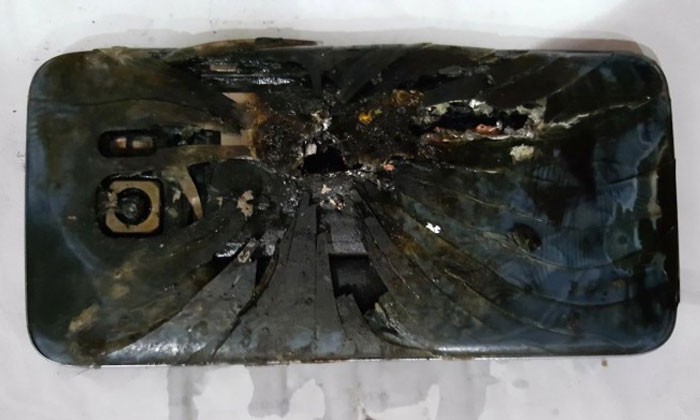 It just seems like Samsung cannot catch a break from bad news.

While it is still reeling from the Note7 "exploding" fiasco, there are now reports that some Galaxy S7 Edge phones are exploding.

An unnamed source "who works for one of the big US wireless carriers" told PhoneArena that a customer visited his store with an S7 Edge phone that had exploded. The phone was charging overnight with an original charger when it exploded, according to the owner.

Ironically, the exploded phone was reportedly a replacement for a Note7 phone that the customer turned in just two weeks ago.

Apparently, there had been previous reports of the S7 Edge bursting into flames, with the latest one in Canada.

Canadian Elisha Loewen posted on Friday that he saw smoke coming from his phone, which was in his car's console under the radio, while driving. He said he grabbed the phone and threw it out the window before stopping to smother it in snow and put out the fire.

He posted pictures of his charred phone too.

According to a list compiled by Computerworld, there have been at least five other "fire" incidents involving the S7 Edge, in places like the Philippines, China and the United States.

Other phones in flames

Just last month, the S7 Edge's less curvy cousin, the Galaxy S7, proved to be "smoking hot" in its own right when it exploded and started emitting smoke in a cafe in Britain. The incident was captured on CCTV.

Meanwhile, a man in Australia last week claimed that his iPhone 7 caught fire in his car and severely damaged the vehicle.