Malaysian boy gets scissors embedded in eyebrow in freak accident 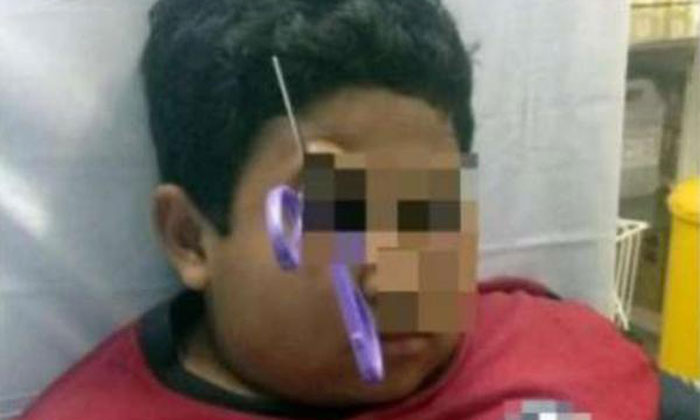 Malaysia's Education Ministry is probing an incident in which a Year Six pupil was found with a pair of scissors embedded into his right eyebrow.

According to media reports, the 12-year-old boy, who studies at Sekolah Kebangsaan Khir Johari in Selangor, was taking part in a class project with classmates at his school's laboratory on Wednesday afternoon (Oct 19) when the accident occurred.

The boy was holding the scissors when he tripped over a table and fell. The accident caused the scissors to pierce his eyebrow. Luckily, his eye was unharmed.

He was rushed to the Sungai Buloh Hospital, where an emergency operation was conducted to remove the scissors.

Deputy Education Minister P. Kamalanathan said that his ministry had only just received a report about the accident and it was therefore too soon to issue a statement.

However, he told teachers not to share photographs of a similar nature if such incidents occurred again.