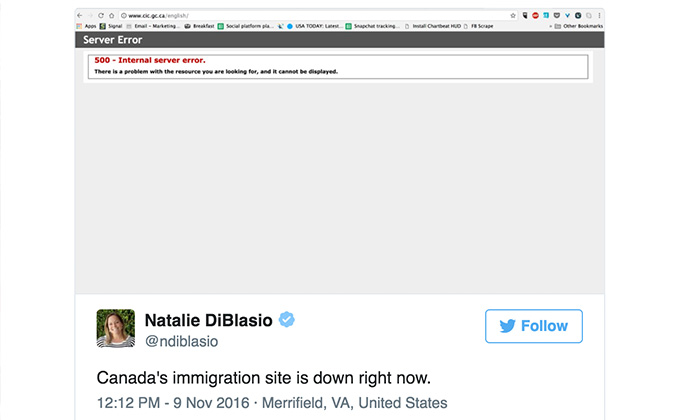 Some want to stay on and fight, while some just want to move out so badly that Canada's immigration website has crashed.

According to Distractify, as Donald Trump clinches victory, there has been such an increase in searches for immigrating to Canada, that the Great Northern country's site has crashed.

Previously, when Trump was nominated as the Republican Candidate for the Presidency, many Americans threatened to leave the United States of America (USA) and move to Canada.

However, some Americans have a differing view and argue that moving to Canada is a silly option.

Instead, they are encouraging others to stay behind and fight for the next election if Trump wins.

"Don't move to Canada. Move to a red state and become a public school teacher and educate children about racism and sexism and evolution."