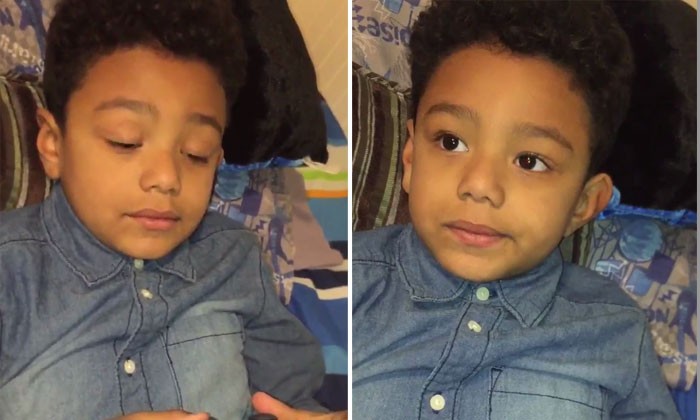 A boy asked his sister for her number yesterday (Dec 13) morning to give it to his girlfriend but when her sister asked him about it, his replies were adorably heartbreaking.

Trying to look nonchalant, he told his sister, Molly, how his girlfriend took the number and put it into her backpack.

She also said she was going to call him later.

However, she broke up with him afterwards because he got mad.

He then revealed he got mad because she cheated on him with his friend, Jared, and he 'did not even know about it'.

Molly recorded the conversation and posted it on Twitter.

His sister proceeded to ask, "Today is a hard day, huh?"

He replied pointedly, "Well, we had Physical Education (PE) today. So, yes, it was hard."

He ended the conversation by saying, "I'm good at revenge."

Watch the video below to listen to his shattered love story.

Related Stories
This 5th grader has more game than you ever will, and this love note proves it all
Savage! Girl hilariously edits all her Instagram photos after BF cheats on her
Guy writes savage letter to neighbour who constantly yells at his girlfriend
kids
relationship
adorable
heartbreaking
cute
sad
youthphoria