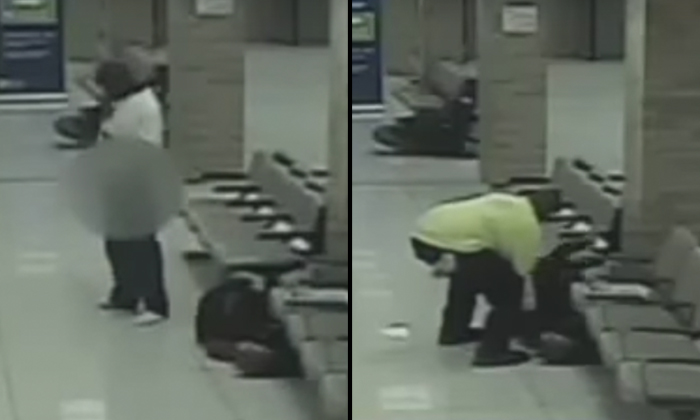 A man was arrested last Thursday (Dec 22) for allegedly urinating on a woman who was asleep in the waiting area of the Memphis International Airport, USA.

The 34-year-old perpetuator, Demarkus Bush was charged with public assault and intoxication.

A spokesperson from the Memphis International Airport Police Department said that the officers were alerted early Thursday morning about the incident, where Bush was seen to be standing over the woman and urinating on her while she slept, reports The Coverage.

A janitor approached to help the woman after the traumatising ordeal.

Bush was also heard slurring and told the officials he had several alcoholic drinks before he arrived at the airport.

The woman told the police after that that she was alright.

Related Stories
Was he on drugs? Man with bloodshot eyes pees on train -- while swaying from side to side
First it was poop, now it's urine that's stinking up MRT train?
Man in China urinates on fruits in market -- and says it keeps them 'clean and fresh'
indecent
public urination
Man urines on woman in airport