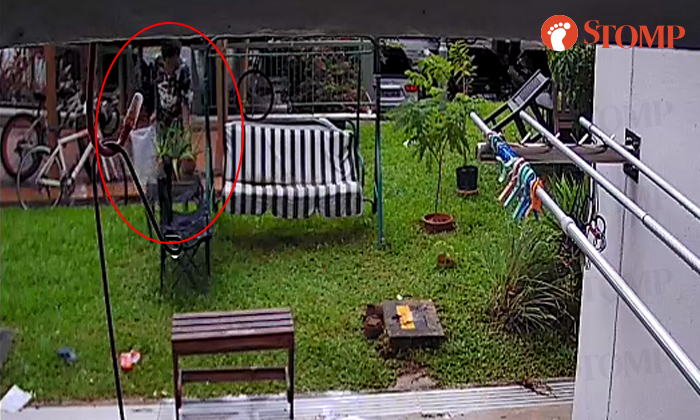 A man was caught on camera helping himself to a Toa Payoh resident's potted plant and even bagging it up like groceries.

Stomper Roszaini, a resident at 3 Lorong 7 Toa Payoh, shared CCTV footage of the incident that occurred on Sep 14, at around 3.10pm.

Roszaini and his wife were at home when the man struck. However, they only realised what had happened on Sep 20 when they reviewed their security cameras.

The Stomper said: "This man in a camo t-shirt and riding a white-framed bicycle was captured stealing one of our aloe vera plants."

In videos that Roszaini shared with Stomp, the man can be seen stopping his bicycle at the scene and approaching the aloe vera plants with a large plastic bag.

He then picks up one of the potted plants and plucks it.

The man subsequently picks up the potted plant again, this time placing the entire thing in his plastic bag before riding away from the scene.

Roszaini said he has not made a police report, adding: "I want to catch him red-handed myself and then alert the authorities immediately."