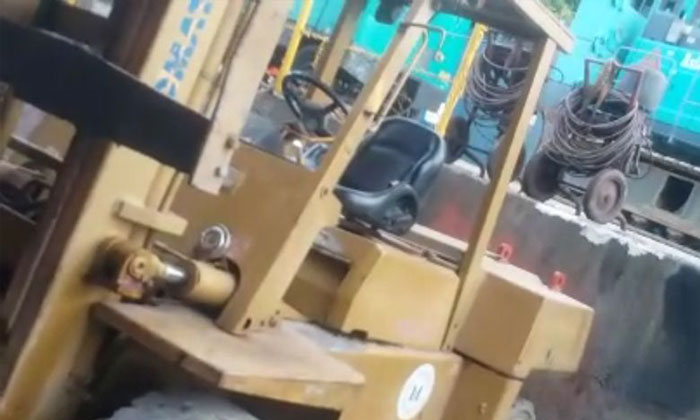 A 30-year-old man was killed after he was hit by a forklift at a shipyard at 1 Benoi Road on Sunday evening (May 26).

A 43-year-old worker who was operating the forklift was subsequently arrested for causing death by negligent act.

Stomper John alerted Stomp to the incident after he was informed of it by an employee at the site.

The Ministry of Manpower (MOM) told Stomp in a statement that a worker was operating a forklift next to a slipway, a ramp to launch a boat into sea, when he lost control of the vehicle and drove it over the edge,

The forklift plunged into the slipway and hit the Bangladeshi worker, who was pronounced dead by paramedics at the scene.

"Another worker who was standing near the forklift prior to the incident and forklift driver sustained minor injuries," an MOM spokesman said.

MOM said the occupier of the worksite is Asia-Pacific Shipyard, while the worker was employed by Chye Joo Marine.

In response to a Stomp media query, the police said they were alerted to the industrial accident at about 6.02pm.

"A 30-year-old man was found lying motionless and was pronounced dead by paramedics at the scene," a police spokesman said.

"A 43-year-old man was conscious when conveyed to Ng Teng Fong General Hospital and was subsequently arrested for causing death by negligent act."

The ministry and police are investigating the incident and all works involving forklifts at the premises have been stopped.