Fire breaks out in Tuas, tall column of smoke seen in videos 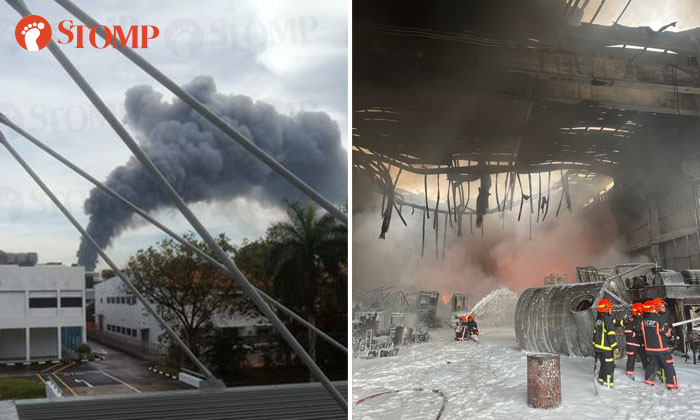 A sizeable fire broke out in Tuas on Saturday afternoon (April 23) that took the Singapore Civil Defence Force (SCDF) close to three hours to put out.

SCDF said it was alerted to the blaze at 31 Benoi Lane at about 4.45pm, and extinguished the fire at about 7.30pm.

Six people were evacuated from the premises prior to the arrival of SCDF personnel and there were no reported injuries.

In an update close to 10pm on Saturday, SCDF said it was conducting damping operations, which involve wetting burnt surfaces after a fire is put out to prevent any potential rekindling of fire.

The fire had engulfed a waste oil processing plant, and prompted SCDF to deploy 14 emergency vehicles and about 80 firefighters to the incident site.

"As the fire involved waste oil, we had to deploy foam jets in order to tackle the fire," said the incident commander, Colonel Goh Boon Han.

At the same time, foam from handheld jets were used by other firefighters at the side and rear of the premises facing the sea to prevent the fire from spreading, supported by a Rapid Response Fire Vessel from the SCDF Marine Division.

"At the height of the firefighting operation, a total of five foam jets and two water jets were deployed," it said.

In a video update at 6.42pm on Saturday, two firefighters could be seen fighting the blaze with a hose jet. White foam from SCDF's foam jets appeared to be above the firefighters' knee level.

SCDF said in another update close to 8pm that its Rapid Response Fire Vessel was providing water through a supply line from the open sea to support firefighting operations at the incident site.

The site of the blaze is near Singapore's south-west coast. 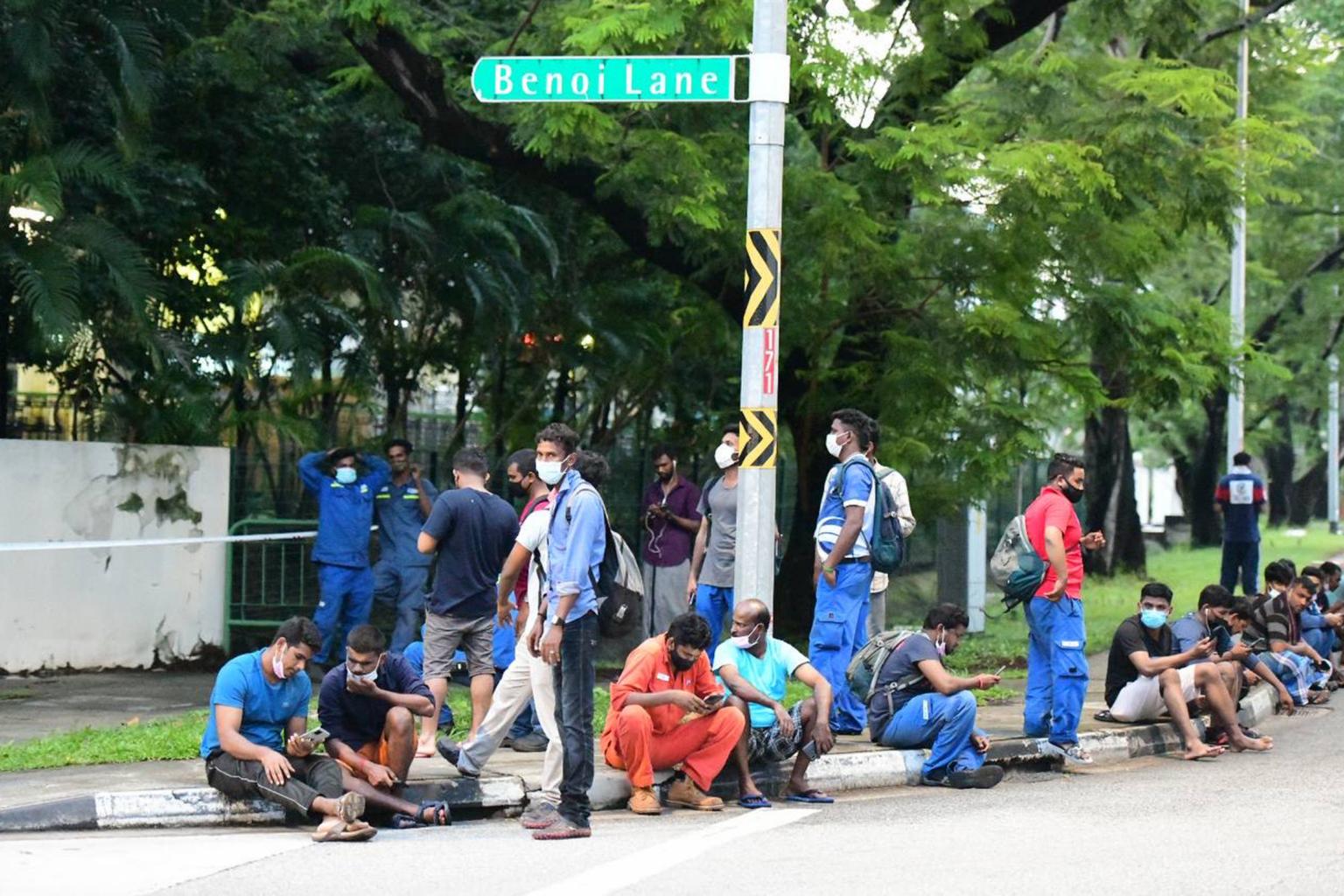 Factory workers waiting outside the scene of the fire at 31 Benoi Lane on April 23, 2022. PHOTO: SHINTARO TAY

Earlier videos posted of the incident by onlookers showed a tall column of dark smoke rising from the scene which could be seen from a far distance.

The address in Benoi Lane is registered to Offshore Construction Services Holdings, a firm dealing with marine construction.

Mr T. Jagan, 31, a construction worker who resides in a dormitory near the site of the fire, said he was one of the workers who were quickly evacuated. He said he calmly followed instructions from SCDF staff.

He said: “I was praying to God for everything to be okay so that I can quickly go back into my dormitory to rest because I was very tired after working the whole day."

[Final Update: Fire @ No. 31 Benoi Lane] The fire at the aforementioned location was extinguished at about 7.30pm on 23...