Fire breaks out at HDB in Lavender 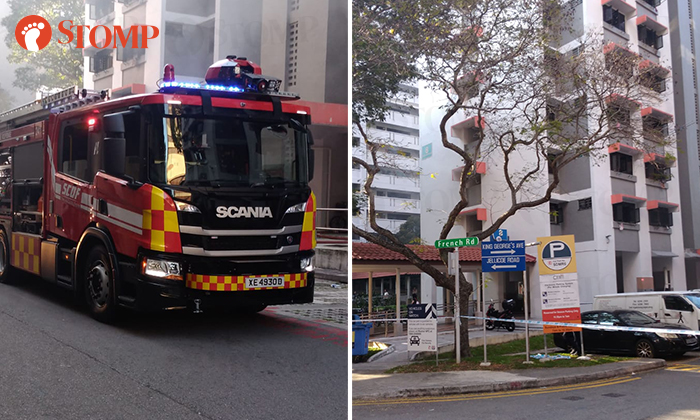 A fire broke out at 8 French Road in Lavender on Tuesday morning (Nov 26).

A Stomper contributed photos and a video of the scene and told Stomp: "It was about 8am.

"My girlfriend and I were sleeping when we heard knocking on our front door.

"It was the police who were knocking. I was thinking about what had happened and they said that a fire broke out upstairs.

"I live on the second floor of Block 8 and saw smoke when I was looking out from my kitchen window."

A photo contributed by the Stomper shows smoke coming out from a unit. 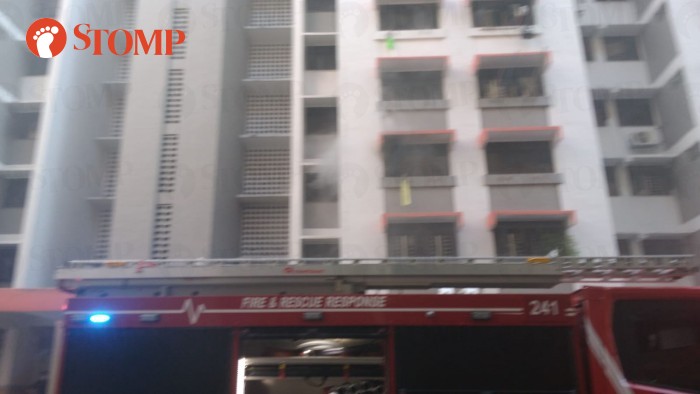 The Stomper added: "As my girlfriend and I left our house, I saw many other residents leaving their flats.

"It was quite smoky as we walked along the corridor.

"The police directed us to an open space downstairs and we stood at a carpark at Block 802 French Road, which is opposite from Block 8.

"We were waiting at the carpark and about half an hour later, the police let us return to our house.

"I saw firefighters running about and setting up their equipment to put out the fire.

"I don't know the residents from the affected unit.

"My girlfriend and I were feeling very sleepy when everything happened.

"This is my first time experiencing a fire. I was quite surprised since it was so early in the morning."

Responding to a Stomp query, the Singapore Civil Defence Force (SCDF) said: "SCDF was alerted to an incident at 8 French Road at about 8.11am.

"The fire was extinguished by SCDF using one water jet.