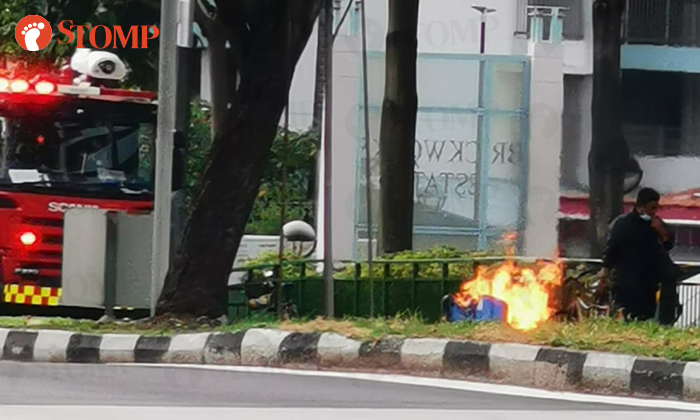 A fire broke out in a recycling bin a Block 1 Jalan Bukit Merah on Friday afternoon (Nov 22).

A Stomper contributed photos of the fire and told Stomp: "I was walking towards Block 1 to meet my wife.

"It was about 5.15pm when I saw the recycling bin on fire.

"I saw someone using a fire extinguisher to put out the fire but I don't know where he went off to afterwards.

"The fire then reignited and shortly after a fire engine arrived.

"I left the area and didn't manage to see the firefighters put out the fire."

Responding to a Stomp query, the Singapore Civil Defence Force (SCDF) said: "At about 5.25pm on Nov 22, SCDF responded to a fire at Block 1 Jalan Bukit Merah.

"The fire, which involved the contents of a recycling bin, was extinguished by SCDF using one hose reel from a fire engine."