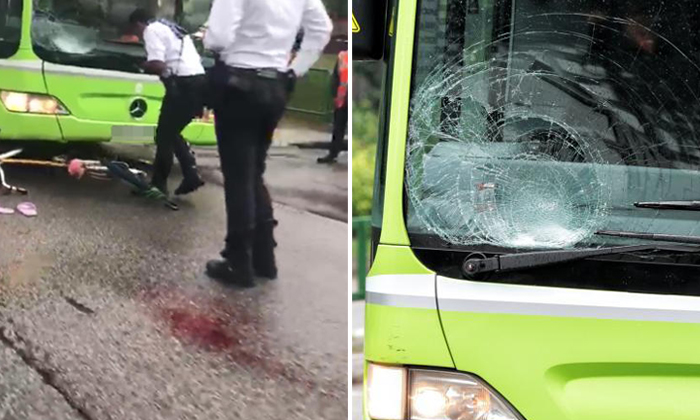 A 45-year-old cyclist was grievously injured after an accident with a bus along Yuan Ching Road on Tuesday afternoon (June 4).

In response to queries, the police said they were alerted to the accident, which occurred towards Jurong West Street 51, at 12.13pm.

The female cyclist was unconscious when taken to the National University Hospital.

The 53-year-old bus driver was subsequently arrested for causing grievous hurt by negligent act. He has also been suspended from his duties by Tower Transit while police investigations are ongoing.

Shin Min Daily News identified the victim as a Chinese national who works as a stall assistant at a nearby coffee shop. She is believed to have been on the way home when the accident occurred.

Photos published by Shin Min show the bicycle wedged underneath the bus, while a pair of pink slippers, a hat and an umbrella lay nearby.

The windscreen of the bus was smashed and a pool of blood can be seen on the road.