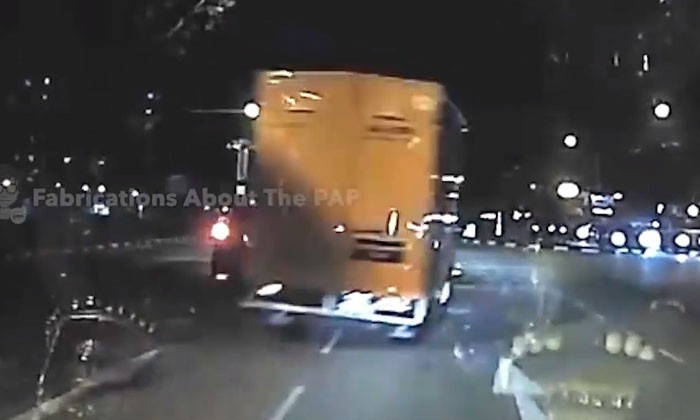 A lorry driver was caught on camera recklessly changing lanes before beating a red light while travelling at a high speed.

According to the caption and timestamp of a video of what happened posted on Fabrications About The PAP, the incident took place at the junction of Eunos Link and Bedok Reservoir Road on Sep 19 at around 10.11pm.

In the video, the lorry driver can first be seen dangerously entering the second lane from the third lane on the four-lane road.

Despite the traffic lights several metres in front showing amber, the driver was travelling rather quickly.

At one point, the lorry, that had a relatively huge covered cargo hold, tilted slightly to the right due to the momentum of the sudden lane switch.

The traffic lights then turned red, but the driver still went across the junction and drove away.