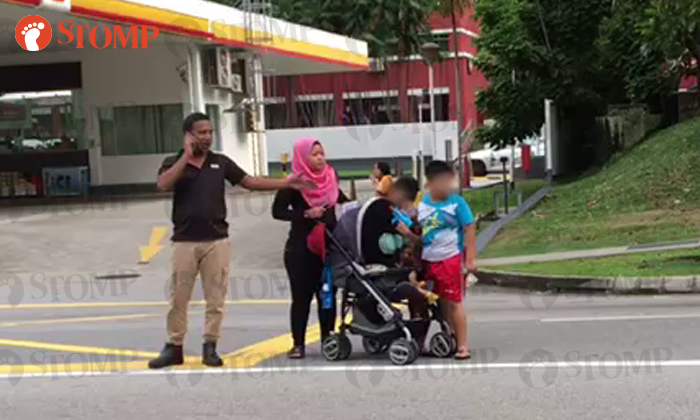 Stomper Betterbesafe was concerned to see a couple jaywalking despite having two young children and a pram with them in Tiong Bahru on Tuesday (Nov 27).

Betterbesafe said he was at a bus stop opposite the Shell petrol station, located along 603 Tiong Bahru Road, at around 5.50pm when he saw the family.

According to him, there was a baby in the pram.

A video filmed by the Stomper shows a man on the phone while his female companion pushed a pram. Two young boys were also with them.

The family can be seen standing in the middle of the road, apparently waiting for oncoming vehicles to pass so that they could cross.

Asked if there were any pedestrian crossings nearby, Stomper Betterbesafe said there was a traffic light (yellow arrow) and an overhead bridge (blue arrow) on each end of the road: 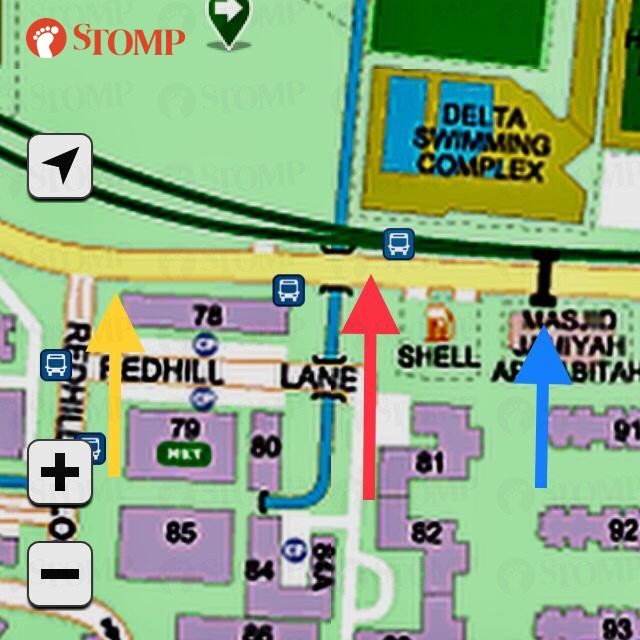 Here's an aerial view of the place: 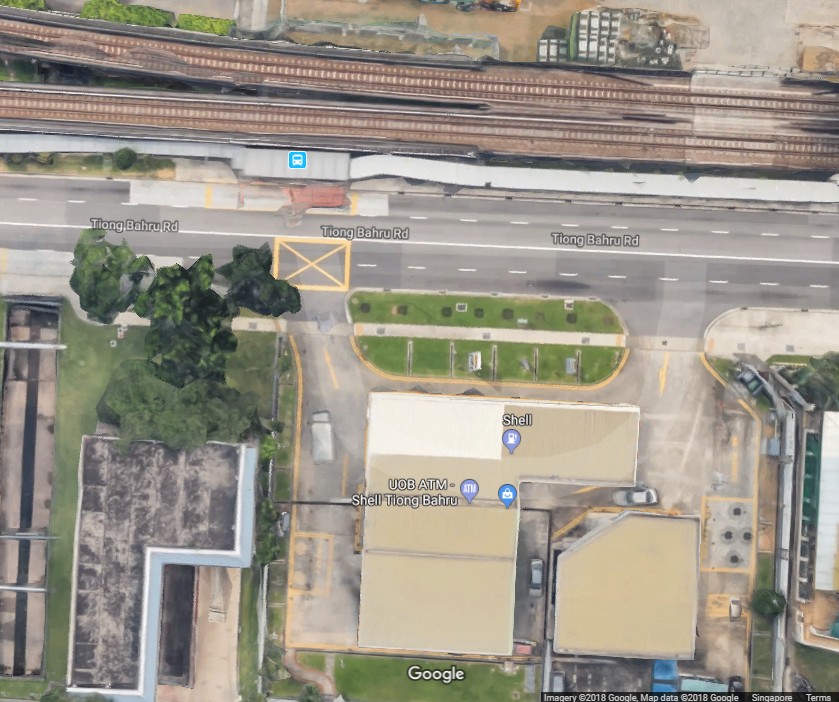 You can also navigate the area on Google:

The Stomper added: "This is dangerous. I was very, very concerned about the entire family."

Related Stories
Man with baby crosses road carelessly like he owns it, rages at driver who shook head at him
What was the adult thinking? Man and 2 kids dash across PIE slip road
Parents, this is NOT how you should be allowing children to cross the road
More About:
dangerous
child
jaywalking
pedestrian