Parents, this is NOT how you should be allowing children to cross the road 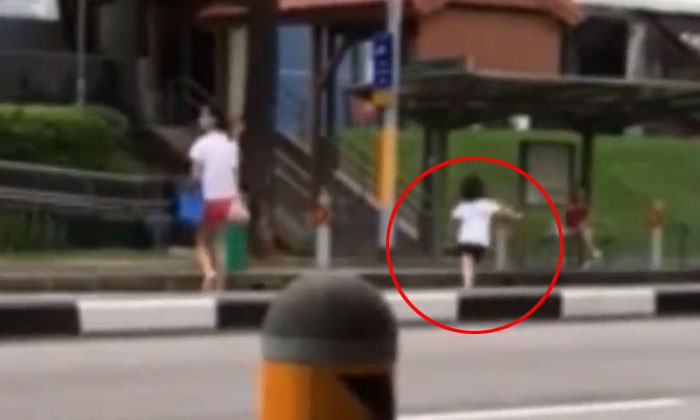 A woman was caught on camera allowing a child who looked no more than five years old to cross the road in a reckless manner.

In the 12-second clip posted on ROADS.sg, the woman, who was carrying a baby, was standing on a cement divider after jaywalking into the middle of the road. The child was standing next to her.

After two cars passed in front of them, the woman began to cross the road to get onto the pavement on the other side.

The child followed suit, and ran across to a nearby bus stop on her own.

This should not be the way to inculcate the importance of road safety into children.

The woman set a bad example by jaywalking and subsequently allowing the child to run across the road unattended.

A caption on the video aptly read:

"We will send a wrong message to our little ones about crossing roads using the most convenient way, but not the safest way."

Related Stories
Why jaywalk and nearly get hit by car when the zebra crossing is just seconds away?
Kids dash across road at carpark on scooters... and one even lies on skateboard
Heart-stopping moment as child recklessly crosses road when traffic lights are not in her favour
More About:
dangerous
jaywalking
near-miss