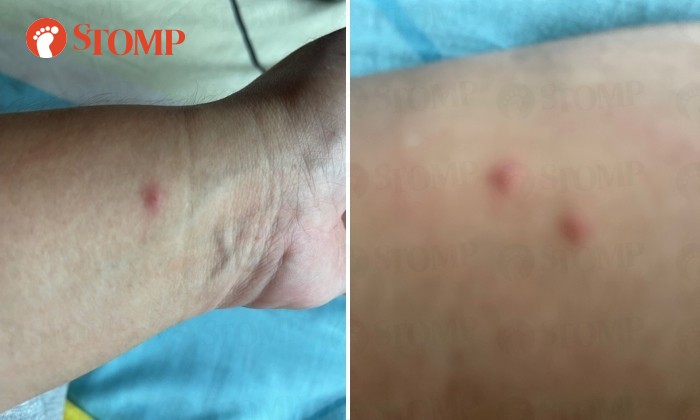 A family living at Block 345 Kang Ching Road suffered sandfly bites for a year due to demolition work in the area.

Just when they thought their ordeal was over, construction work has started.

Stomper Anonymous, who lives with aged parents with medical conditions, is expecting the insects to return.

Kang Ching Road is next to the Jurong Lake District, a region touted to be developed into Singapore's second central business district.

The Stomper recounted: "About two years ago, a few buildings beside our block were demolished. During the one-year process, we had to suffer from sandfly bites day and night.

"Despite feedback, nothing was done to solve the problem.

"We had to clean and mop our home every day and occasionally multiple times a day as the wind blew the sand particles into our home despite having our windows closed almost 24/7.

"Besides suffering from the bites, we had to endured the noise and having to hang our washed clothes indoors.

"Barely six months after the completion of the demolition work, HDB is now starting to construct seven blocks here.

"The noise has came back and the insect bites are expected to follow soon once construction work goes into full swing.

"Feedback to the relevant authorities always came back with the 'standard' replies that they have done whatever are required and things are within limits.

"Unfortunately, the limits are beyond the basic comfort stay we, the residents, need, which is to be free from dust, noise and bites.

"We are desperate but no help can be found despite having the case highlighted to various organisations."

Last week, Stomp reported that a woman was severely bitten by sandflies while dining outdoors at the Anchorvale Community Club in Sengkang.