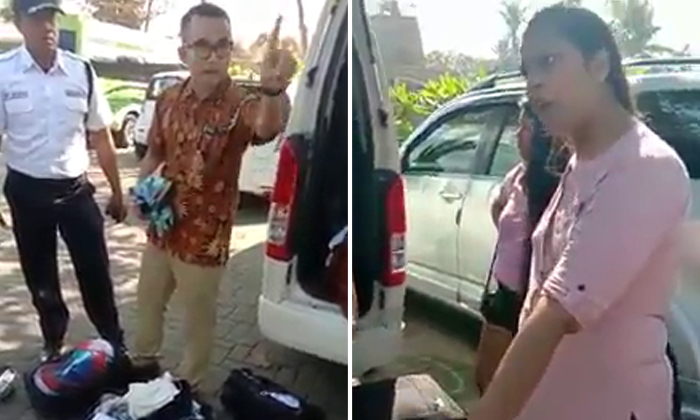 An Indian family was allegedly caught stealing various items from a hotel in Bali and a video showing them being confronted by staff has gone viral online.

Several Stompers alerted Stomp to videos of the incident that were posted on Facebook and Twitter over the weekend, where they have garnered over 300,000 views each.

The video shows members of the Indian family in a confrontation with two men, who were in patterned shirts and believed to be hotel staff.

One of the men is seen rummaging through luggage with a security officer.

Several items such as a bottle of liquid soap, hangers, towels, a mirror and a hairdryer were recovered from the baggage.

The hotel employee can be heard asking the family to explain the loot.

"Sorry. Sorry, I will pay," a male voice is heard saying repeatedly.

However, the hotel employee responded that "it's not about money" and "I know you have a lot of money but this is no respect".

The male voice continued to apologise profusely and a man can then be seen trying to pacify the hotel employee, who rebuffed him.