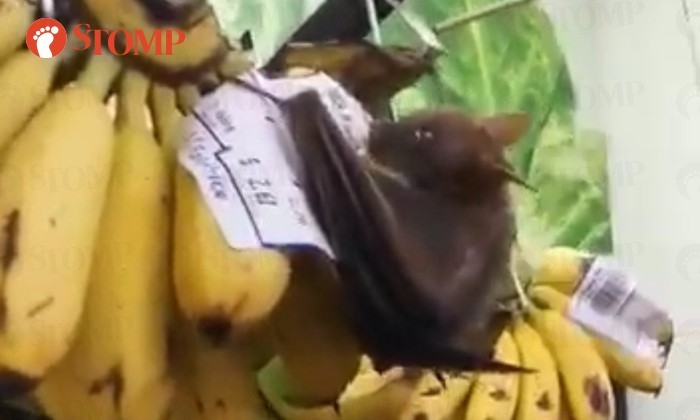 Netizens were shocked when they saw a video of a bat eating bananas at the FairPrice outlet at Block 345 Jurong East Street 31.

The video has sparked concern ever since it started circulating online on Friday (Oct 16).

Several Stompers came across the video too and shared it with Stomp.

"This bat looks like it is enjoying a fruit feast at FairPrice," Stomper Toni said.

In response to a Stomp query, FairPrice said it is aware of a video circulating on social media of a bat eating a comb of bananas in the night at their 24-hour store located at Block 345 Jurong East Street 31.

A FairPrice spokesman added: "This incident occurred outside the store where the fruits were displayed.

"We have since moved all fruits inside the store to prevent future occurrences, and checks have also been made to ensure any fruits affected have been discarded."

FairPrice said it is also in contact with the authorities to look into the cause for the presence of bats in the area.

"We apologise for any inconvenience caused," the spokesman told Stomp.