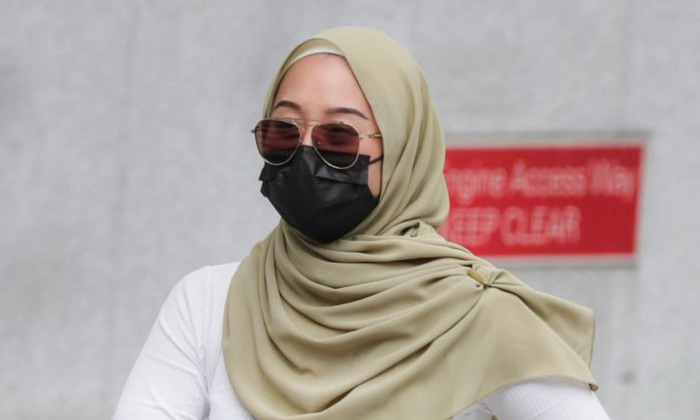 A Singapore General Hospital (SGH) nurse should have known better than to put others at risk of possibly contracting Covid-19 after she returned home from her holiday overseas.

Nurul Afiqah Mohammed was served with a 14-day stay-home notice (SHN) when she flew back to Singapore from Australia and was supposed to stay at home between March 21 and April 4 last year.

Instead, she broke the law and repeatedly left her Woodlands flat to perform tasks, such as buying bubble tea at Causeway Point shopping centre and going to Punggol to help a friend prepare for a wedding.

Nurul later felt unwell and went to Khoo Teck Puat Hospital on April 12. She tested positive for Covid-19 and had to be warded before her discharge eight days later.

A district court heard that there is no evidence to show whether she spread the virus to others.

The 22-year-old Singaporean was sentenced on Friday (Jan 22) to seven weeks' jail after pleading guilty to three charges under the Infectious Diseases Act. Four other similar charges were considered during sentencing.

SGH told The Straits Times on Friday that Nurul is no longer working for it.

Its chief human resource officer, Ms Tan Yang Noi said: "SGH takes a serious view on this matter. All our staff are expected to uphold the highest level of professionalism and to fully abide by the rule of law and prevailing guidelines. Disciplinary action will be taken against any staff who breaches the law.”

Deputy Public Prosecutor Joshua Lim said that Nurul had breached her SHN on at least seven occasions and closed-circuit television cameras caught her committing the offences.

On March 23 last year, she left her home and took a nine-minute ride on a public bus to Causeway Point shopping centre to buy bubble tea.

After that, she took a private-hire vehicle to Nanyang Polytechnic to submit an application for further studies.

Nurul unlawfully left her home again on April 2 and took a private-hire vehicle to a Punggol flat to help with a friend's wedding preparations.

Her 26-year-old friend and her family members were not aware that Nurul was on SHN. Nurul also did not wear a mask during this visit.

After helping her friend, Nurul took a private-hire vehicle home. DPP Lim said that she returned to the Punggol flat the next day.

He added that her friend, who was then expecting a child, would have advised Nurul to stay at home if she had known that the younger woman was on SHN.

This was because the friend did not want to potentially expose her unborn child to Covid-19.

Nurul was later caught and charged in court last year.