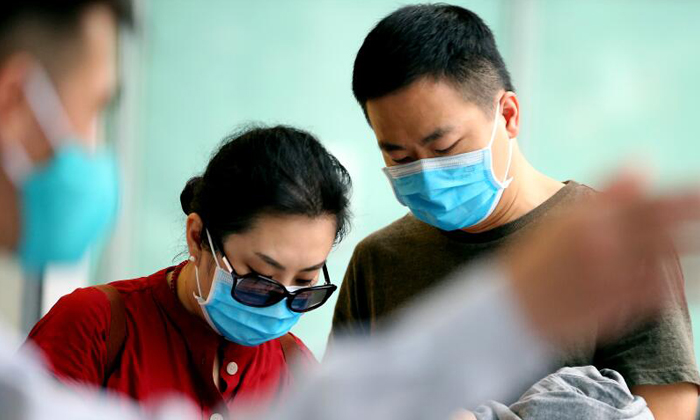 A Chinese couple accused of withholding information from Covid-19 contact tracers will not be allowed to leave Singapore and then return to participate in their ongoing trial.

On Monday (Oct 19), High Court Judge Vincent Hoong overturned a decision by the lower courts to allow the couple to leave Singapore for China and return on Jan 20.

Their next court date is on Jan 25.

The married couple will now have to remain in Singapore on $10,000 bail each before their trial proceedings resume.

Their bail amounts had then been increased from $10,000 each to an additional bail requirement of $80,000 in one surety or $40,000 in two sureties in order to leave the jurisdiction.

The couple had also been instructed to furnish their detailed travel itineraries to the investigation officer (IO) before leaving Singapore and provide the full details of where they would be staying. They had been told to remain contactable by the IO.

On Oct 9, Deputy Public Prosecutor Timotheus Koh successfully asked for a stay of this order pending a review in the High Court, which took place on Monday.

The couple each faces a single charge of withholding information from a contract tracer on Hu's whereabouts and activities between Jan 22 and 29.

Shi also faces three counts relating to providing false information to other contact tracers. They have claimed trial over these charges.

Defence lawyer Dhanwant Singh argued during the High Court's review of the case that Hu's livelihood was at stake as he works as a "high-end financial adviser" and was "in charge of investments ranging to millions of dollars".

The lawyer also said the couple have two children, aged four and 10, who are both in China and that Shi has been separated from them for months.

Mr Singh stressed that there was "no difference" between the couple being out on bail or in another jurisdiction, as they both were facing bailable offences.

DPP Koh objected to Mr Singh's application, stressing that the couple posed a high flight risk despite the increase in their bail quantum.

DPP Koh noted that the only thing securing the duo's return is their "bare claim that they will eventually return for their court proceedings".

Both Hu and Shi have no roots in Singapore, live in rented premises, are here on special passes and do not hold any employment here.

"The moment travel documents are returned, it decreases the ability to compel respondents to return for proceedings. The respondents would lie out of reach in a different jurisdiction, a jurisdiction with which Singapore has no extradition treaty," DPP Koh said.

DPP Koh added that there were no supporting documents tendered by the respondents to support or justify their need, or urgency, to return to China. For one, Hu had not provided any evidence for why his work could not be conducted remotely, or why his livelihood would be in danger if he did not return to China.

Shi also had not provided reasons for leaving Singapore beyond wanting to see her family.

The Straits Times understands that Shi had a long-term visit pass and lives in Singapore.

Hu flew in from Wuhan, China, on Jan 22 to celebrate Chinese New Year with her. He was later confirmed to have been infected with Covid-19 on Jan 31. He subsequently recovered and was discharged from hospital on Feb 19.

The Ministry of Health initiated contact tracing after Hu's diagnosis to identify individuals who may have been exposed to him while he was symptomatic.

Shi was identified as a close contact and issued a quarantine order on Feb 1.

The court earlier heard during their trial that the couple had given differing accounts of their activities between Jan 22 and 29 to various contact tracers.

If convicted, Shi and Hu can be jailed for up to six months and fined up to $10,000 for each offence.