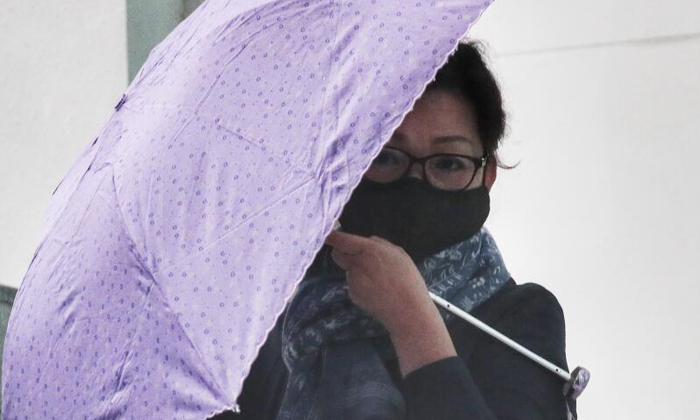 A housewife who had Covid-19 last February, and was part of the Safra Jurong cluster which accounted for 47 cases, has been sentenced to five months’ jail for deliberately not providing information for contact tracing purposes.

Oh Bee Hiok, who was diagnosed on Feb 26 last year, did not tell Ministry of Health (MOH) officers that she had met a close male friend multiple times earlier that month.

The 65-year-old feared others might think that she was having an affair with the man – Mr Lim Kiang Hong. Mr Lim, 71, was himself diagnosed with Covid-19 on March 20 last year.

On Friday (Jan 8), the court heard that Oh’s offences came to light only when investigators uncovered information, including parking records for cars driven by her and Mr Lim.

MOH officers who interviewed him later discovered that he had met her multiple times between Feb 4 and 20 last year.

In pleading for his client to be given a “stiff fine” instead of a jail term, defence lawyer Goh Teck Wee told District Judge Marvin Bay that Oh did not infect Mr Lim. She did, however, infect her own grandson.

In sentencing Oh, Judge Bay described contact tracing as an essential tool in Singapore’s fight against the coronavirus pandemic.

“We are only as strong as our weakest link. While I would understand Madam Oh’s motivations and desire to maintain secrecy of her meetings with Mr Lim, I agree that these are self-serving and selfish reasons, within the pressing public interest need to control the pandemic,” added the judge.

Oh had visited Safra Jurong on Feb 15. A Chinese New Year celebration held in the ballroom of Joy Garden restaurant that same day led to 47 cases in Singapore.

On Feb 24, she was admitted to Singapore General Hospital (SGH) after developing a fever, and was diagnosed with Covid-19 two days later.

Epidemiologist, Dr Yang Yong, spoke to the housewife that same day to conduct contact tracing and establish her activities earlier that month.

She said she went grocery shopping at wet markets in Bukit Batok and Bukit Timah three times a week. She also told the doctor she had celebrated her husband’s birthday with her family on Feb 22.

But Oh did not provide details about the celebration, said Deputy Public Prosecutor Jane Lim.

Court documents did not state the location of the birthday celebration. A Chinese New Year celebration held in the ballroom of Joy Garden restaurant on Feb 15, 2020, led to 47 Covid-19 cases in Singapore. Photo: The Straits Times

DPP Lim said armed with the information Dr Yang got from her and her family, the epidemiologist compiled Oh’s activity map and sent it to MOH on Feb 26 for further contact tracing.

Oh was contacted again on separate occasions in February and March by two different MOH officers who wanted to know more about her activities the previous month.

She said she had visited Safra Jurong on Feb 15 but, again, did not disclose her meetings with Mr Lim.

It was only after the parking records were made known that she came clean. On March 8 last year, she admitted to an MOH investigator that she had met Mr Lim.

The DPP said: “The accused explained that she would usually meet Lim on Tuesdays and Thursdays for lunch, tea or dinner, as she did not have to cook, and her husband would be away playing badminton.

“She did not want her family or Lim’s family to find out that they were going out so frequently, as she thought that their family and friends would suspect that they were in a romantic relationship and spread rumours about them being in an extra-marital affair.”

Oh had tried to hide the meetings when she was in SGH. She called Mr Lim and told him not to disclose their outings, should MOH officers contact him.

Oh, whose bail was set at $15,000, intends to appeal against her sentence.

For committing the offence under the Act, she could have been jailed for up to six months and fined up to $10,000.