Ex-SAF regular who molested 8-year-old girl and attempted to molest another gets jail, cane 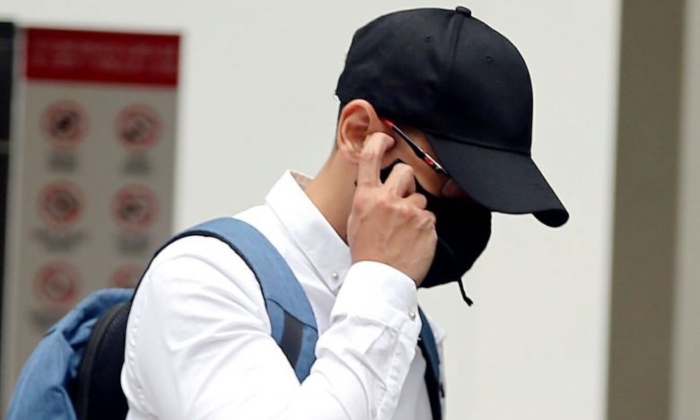 A former Singapore Armed Forces (SAF) regular was sentenced on Tuesday (Oct 27) to 7 1/2 years' jail and six strokes of the cane for molesting a girl and attempting to molest another victim four months later.

Mohamed Ardlee Iriandee Mohamed Sanip was convicted on Feb 27, following a trial, of molesting an eight-year-old girl in January 2018.

On March 23, he admitted in court that he had tried to molest a 10-year-old girl in May that year as well. The two girls cannot be named due to a gag order.

Court documents did not disclose Ardlee's rank and role at the Safti Military Institute - his deployment at the time of the offences.

Before sentencing Ardlee on Tuesday, District Judge John Ng noted that the 40-year-old was a first-time offender but added that his offences were "very serious" and they involved young schoolgirls.

Judge Ng said the punishment should be severe enough to "reflect the condemnation" of such acts.

In her submissions, Deputy Public Prosecutor Sruthi Boppana stated that Ardlee had developed an interest in young girls a month before targeting the first victim.

The DPP added that he was also "predisposed to thoughts of molesting them, and had thought of doing so by waiting near primary schools for opportunities".

The victim and a friend were walking back from school at around 3pm on Jan 22, 2018, when they spotted him at a Housing Board block in Tampines. It is where the friend's grandparents live.

After walking her friend to her flat, the victim was near a lift lobby where Ardlee grabbed her hand and molested her.

He released the girl only after she told him several times to stop. She returned to her friend's flat and the police were alerted.

Ardlee struck again on May 21 that year, when he attempted to molest a 10-year-old girl in Choa Chu Kang.

She was on her way home from school and had entered a lift alone. When she reached the second storey, she saw Ardlee standing outside.

When he pulled her towards the corner of a staircase landing area, she started screaming.

Ardlee released her and fled.

The girl returned home and told her aunt about the incident. Ardlee was arrested the next day.

On Oct 1, DPP Sruthi urged the judge to sentence the former SAF regular to nine years' jail with seven strokes of the cane.

She said he had committed serious offences against two young victims.

Defence lawyer Mohamed Muzammil Mohamed, who pleaded for a lighter sentence, said his client had been diagnosed with anxiety and depression.

Mr Muzammil also told the court that Ardlee was under a period of stress when he committed the offences.

Ardlee is out on bail of $30,000 and was ordered to surrender himself at the State Courts on Nov 2 to begin serving his sentence.

The Ministry of Defence on Tuesday said that the SAF had discharged him from service.

“The Singapore Armed Forces holds its servicemen to high standards of discipline and integrity, and expects them to abide by the law. Those who commit offences will be dealt with in accordance with the law,” it added.

For each charge, offenders convicted of molesting a child below 14 years old can be jailed for up to 10 years and caned.