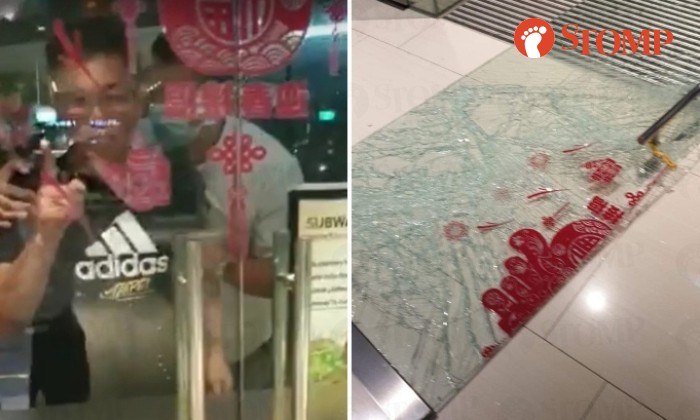 A 45-year-old man was arrested after he caused a ruckus at City Gate mall by hurling vulgarities at a security officer and kicking down a glass door, shattering it.

Amusingly, this commotion occurred apparently because the man was upset that the mall toilet had closed for the night.

Stomper B said that the incident happened on Friday (Jan 15) at about 11pm and that the video was taken by his friend, who works at a shop in City Gate mall.

In the video, the drunk man (in the Adidas shirt), who is not wearing a mask, can be seen attempting to enter the toilet, but gets stopped by another man.

The other man and another woman continue to console the drunk man. Most of what they are saying seems to be inaudible.

A security officer stands at the side as the conversation between the three get heated up.

The drunk man then points towards the direction of the camera man and starts walking towards him.

He proceeds to kick the glass door with force before being held back by the other man.

The drunk man then says "let me down now" before the video gets abruptly cut.

According to B, the man eventually managed to break the glass door down, shattering it. 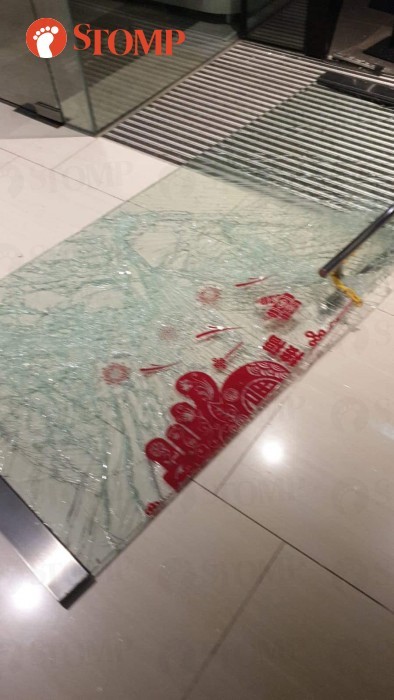 B explained that the man became aggressive when he demanded the security officer at the mall to unlock the toilet but was denied.

"According to my friend who took the video, he was extremely violent and wanted to use the toilet but the security officer refused, as per the rules," B said.

"This made him really furious and he started hurling vulgarities and saying things like 'I've seen your face, you better watch out if I see you outside'. I think he even tried to use the fire extinguisher to break the door down."

B added that the drunk man's friends even told the security officer that they will "hammer" him if they see him outside.

"I'm not sure but I was told that the drunk man is a bar owner and had just opened his new bar nearby," B said.

"It is not okay for him to wreak havoc and be so aggressive. It affects the safety of the security officers and other shoppers who visit the mall.

"I respect the security officer for being brave and stepping forward to ensure that the rules of the mall are enforced."

In response to a Stomp query, the police said they received a call for assistance at 371 Beach Road at 11.04pm.

"A 45-year-old man was arrested for causing annoyance to the public when drunk under the Liquor Control Act," added the police.