Guys block road, yell vulgarities and shove one another at night during carpark dispute 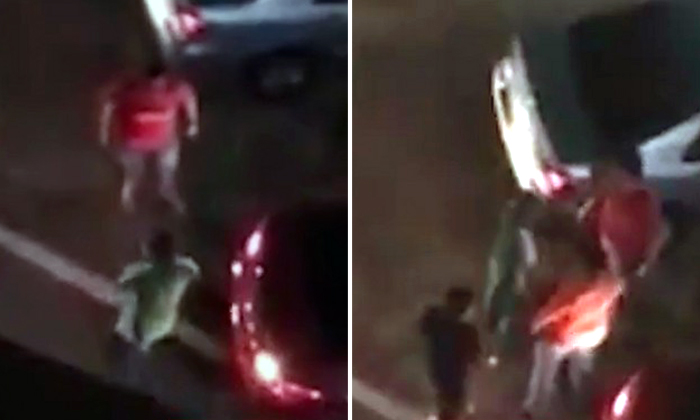 Two guys were seen yelling vulgarities and shoving one another during a dispute at a carpark near a block in the middle of the night.

A video of the incident was posted on the Fabrications About The PAP Facebook page, with the caption explaining that the incident took place on Saturday (Feb 11).

The men were first seen yelling loudly at each other, hurling vulgarities as well.

Even though this was in the middle of the night and near high-rise blocks, both men were not willing to back down

When one of them touches the other's face, the larger man shoves him to the ground and yells, "Don't get handsy."

He keeps yelling "What did you say?" and, "You say me for what?" through the rest of the clip.

Others soon rush over to pull the two men apart and talk sense into them.

But the two appear to still yell at each other.

Meanwhile, a car driver sounds his horn at the group as he cannot pass, but they ignore him and continue to block the road.

Related Stories
Does anyone know this man? Viral video shows him hitting woman as she begs him to stop
I just ask you give way, why must you jam on the brakes on purpose and spew vulgarities?
Cabbies detain drunk passenger who allegedly evaded taxi fare
dispute
shouting
vulgar