Does anyone know this man? Viral video shows him hitting woman as she begs him to stop 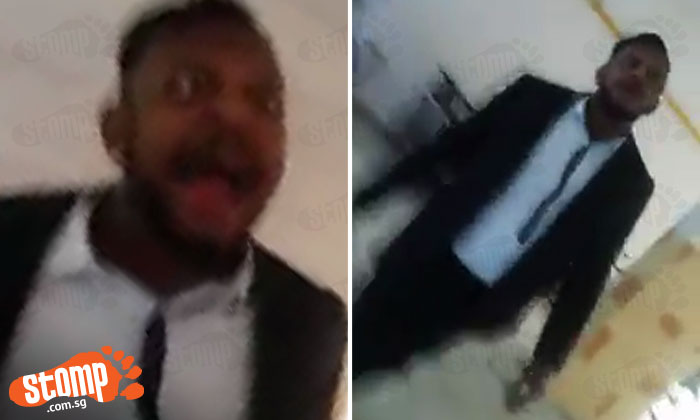 Stomper Magesvari alerted Stomp to a video of a man hitting a woman that has been circulating on WhatsApp.

According to Magesvari, the man is a popular DJ at a local club.

In the video taken by the woman, the man is manhandling her and intimidating her, telling her to "hug me, lah".

The woman sounds afraid and pleads with him and cries, "Don't do this to me, please!"

She then pleads with him and tells him that she "didn't do anything wrong".

She apologises and repeats that she's "sorry" but he slaps her before asking:

"You want to come to my club?

"You want to come to Checkmate?"

She then repeatedly tells him that she "won't come" to appease him but that does not stop him from hitting her more.

He then threatens her to call the police and tells her to "call Navin".

The video appears to have been taken at the void deck of a HDB block.

However, it is unclear when or where this happened and what instigated the incident.

"I am personally against such acts of men towards women and I hope the authorities step in and investigate the matter."