Driver uses phone while driving -- gets caught by TP officer 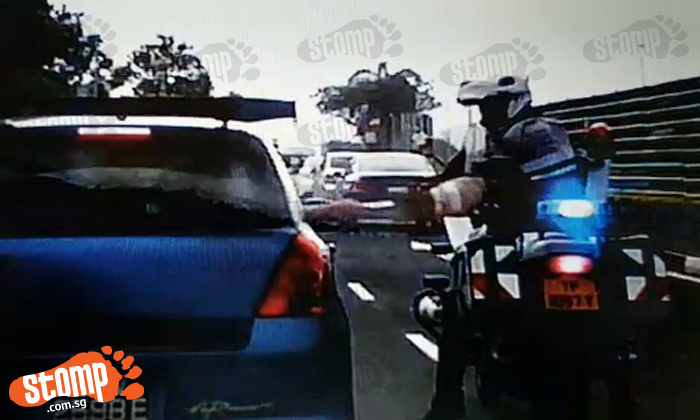 If you didn't know already, it is illegal to hold any type of mobile device while driving, according to the Road Traffic Act.

Stomper Arjun alerted Stomp to a video that has been circulating on WhatsApp of a driver getting caught by a traffic police (TP) officer for using his phone while driving.

In the video Arjun contributed, a traffic police officer can be seen riding along the right-most lane when he spots the driver of a teal car using his phone.

The warning lights immediately go off and the TP officer can be seen gesturing for the driver to pass him what appears to be his mobile phone. After putting it into a compartment box at the back of his motorcycle, they pull over at the roadside.