Driver's car damaged after getting stuck in Monday's flash flood 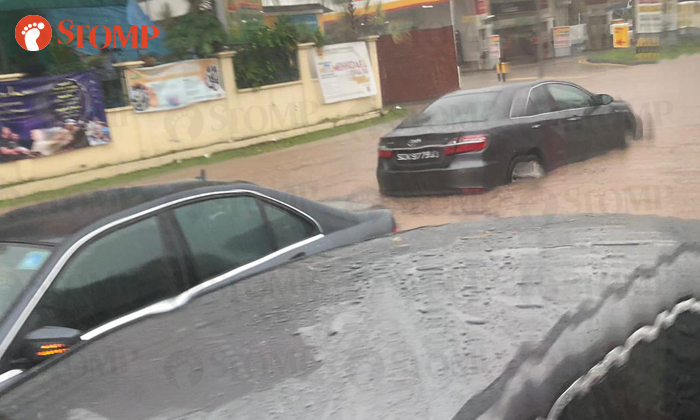 Flash floods caused by heavy rain on Monday afternoon (June 3) resulted in traffic coming to a standstill and vehicles getting stranded in parts of Singapore.

Stomper Anonymous said her husband was travelling along Tiong Bahru Road at around 1.45pm when the flash flood hit.

Anonymous, who was not in the car at the time of the incident, told Stomp: "The water level suddenly got higher and higher.

"He was stuck in his car for 20 minutes until the water suddenly subsided."

A video and photos taken by the Stomper's husband show water sloshing on the road and other vehicles affected by the incident.

Anonymous said: "The water was very muddy and you could see a lot of debris in it."

She also said that her husband's car was partially-submerged in water, causing its engine to fail, adding: "He couldn't start the car.

"I rushed down to the scene after he informed me about what happened and we had to call for a tow truck, which came only after almost two hours of waiting.

"I think it's because many vehicles had the same problem and needed to be towed away too. Traffic was also very bad."

According to Anonymous, her husband's car is currently in the workshop and they are unsure of how much repairs will cost.