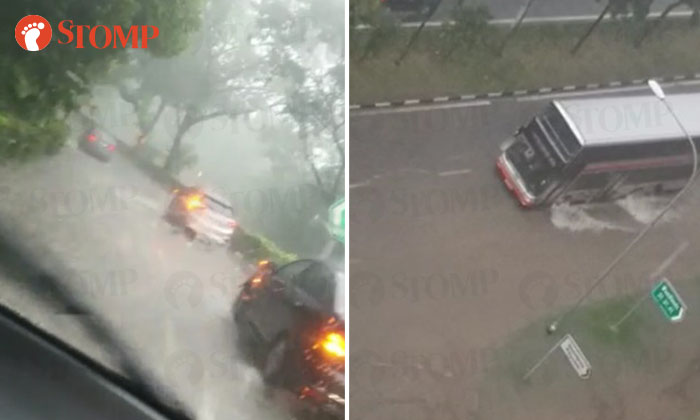 Flash floods hit Woodlands as a result of a heavy downpour on Nov 12.

Stompers Eddie, Ali and Yew Thong alerted Stomp by sending in photos and a video of the incident.

Yew Thong was at home, but alerted Stomp to the flood after seeing it on the Public Utilities Board's mobile application MyWaters.

She told Stomp: "In the app, I could watch videos and saw that the water along Woodlands Avenue 2 was about ankle deep."

She took a screen grab of the flood along Woodlands Avenue 2 towards the Seletar Expressway (SLE). 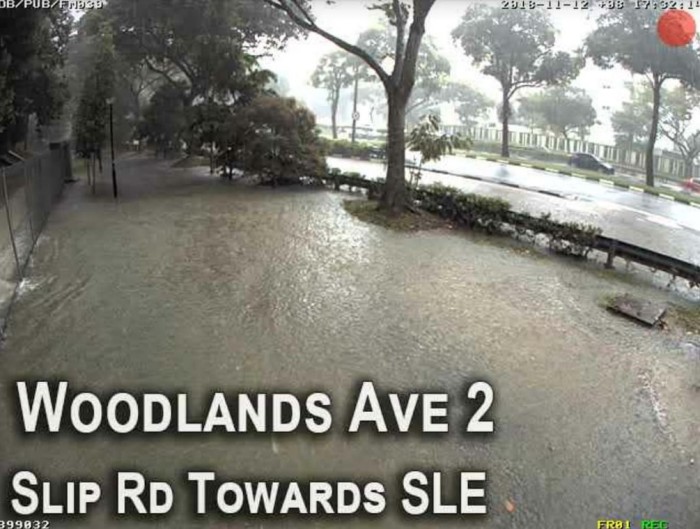 Ali was at home when he heard vehicles splashing through water from his flat at Block 302A Woodlands Street 31.

"I went to look out the window. I took my phone and extended my hand out of the window and saw quite a bit of water."

Ali said that he did not know the extent of the flood until he watched the footage.

"I realised that it stretched from an overhead bridge nearby, all the way across the road. There were cars braking and some of the motorcycles had to slow down."

In the video, a bus can be seen cruising through the water across the flooded road.

Ali said "I was intrigued to see a flood occur in Singapore. I don't think we come across it often."

Eddie took a video of cars travelling through the flood along Woodlands Avenue 2 into the Seletar Expressway (SLE) at about 5.45pm.

He said: "I took the video and sent it to Stomp to alert others of the flash flood."

On the Public Utilities Board's Facebook page, they said that heavy rain was expected over various parts of Singapore from 5.30pm to 6.45pm.