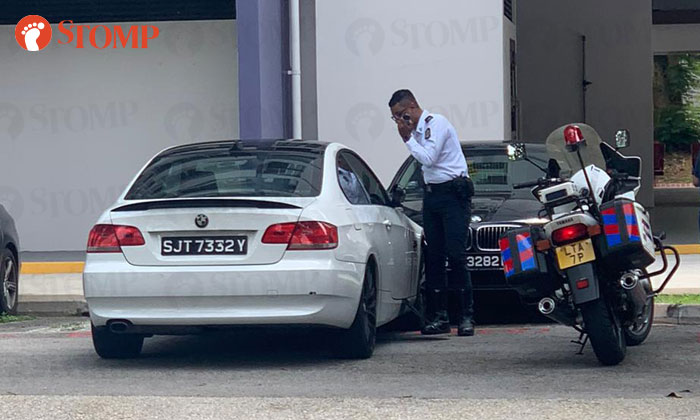 A BMW car with a false licence plate was involved in two hit-and-run accidents at Geylang Bahru Road and St George's Road on Wednesday morning (Nov 6).

Stomper Yong Jian alerted Stomp to the incident and shared photos of the crashed vehicle near Block 22 St George's Road.

"The driver abandoned his white BMW after crashing through the gantry and into a black BMW," the Stomper said.

"He was nowhere to be seen. 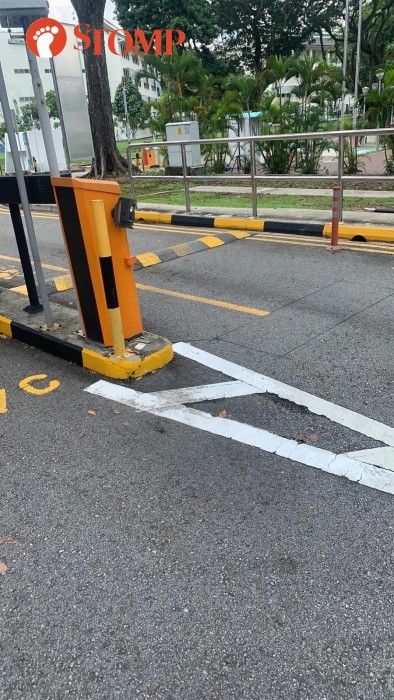 "A Land Transport Authority (LTA) officer was on the scene before the police arrived and started collecting evidence."

In response to a Stomp query the police said they were alerted to the two hit-and-run accidents at 11.32am.

"Preliminary investigations revealed that a LTA officer had spotted a vehicle suspected for displaying a false license plate on his car along Geylang Bahru Road," a police spokesman said.

"However, the driver did not stop as instructed and drove off.

"The car first hit onto a taxi along Geylang Bahru Road towards Bendemeer Road, and later on, collided with another parked car at the vicinity of Blk 22 St George’s Road.

"The male driver abandoned the car after the second accident and fled."

According to a video posted by SG Road Vigilante on Oct 31, the licence plate number on the BMW actually belongs to a Volvo S80.

In a police report included in the video, the owner of the Volvo made a police report on Oct 24 after he had received a summons on Sep 29 for not displaying a parking coupon.

He said that he was in Johor Bahru at the time of the offence and that his vehicle was not parked in Singapore.

He had also received a summons for a second offence for parking illegally along Dickson Road on Oct 9.

He told the police his car was at a carpark at Serangoon North Avenue 4 at the time of that offence and that his car could not start due to a flat battery.