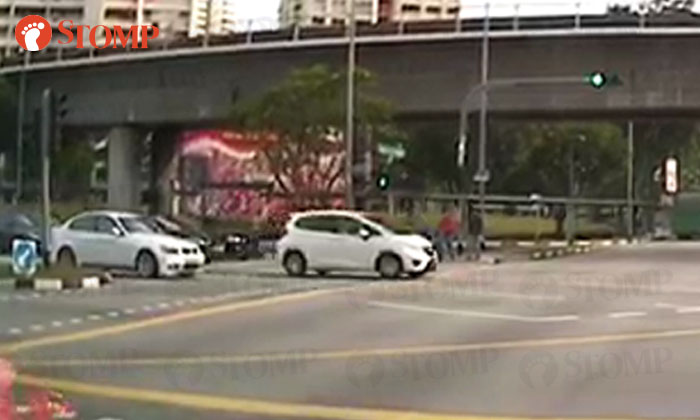 Stomper SY was driving along Jurong Town Hall Road at 5.49pm on Aug 6 when he saw a driver continuously going forward despite the traffic lights being in favour of pedestrians.

In a video SY shared, a white car is seen going straight ahead even though the green man has already appeared.

The car only came to a halt when it almost collided into another grey car.

"I felt that it was so crazy, it was fortunate that he or she didn't cause any accidents."

Another driver was also spotted beating the red light at the Central Business District (CBD) at about 4pm yesterday (Aug 6).

In a video a Stomper shared, a black car with the plate number "SLU4521J" is seen going closely past a woman on a bicycle.

A few pedestrians also stopped in their tracks to stare at the car.

He said: "I was on the second level of a double-decker bus when I saw it.

"I don't remember the exact location, just that it was at the CBD area."