Driver arrested for suspected drink-driving in Yishun: He threw beer can on the road after accident 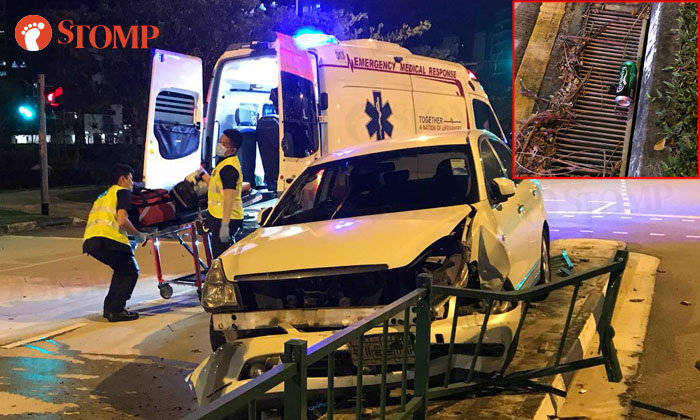 A driver was arrested for suspected drink-driving after crashing his car into a central road divider along Yishun Street 51 at 11.25pm last night (May 8).

Photos that Stomper Neal shared with Stomp show how the bonnet of the car and the central divider were badly damaged.

A piece of the car plate could also be seen on the ground.

Neal said: "The fellow just rammed into the central divider.

"I didn't see the accident, but I was at my void deck and heard the crash.

"The driver, who looked to be in his 40s, threw away a beer can when he came out of the car. 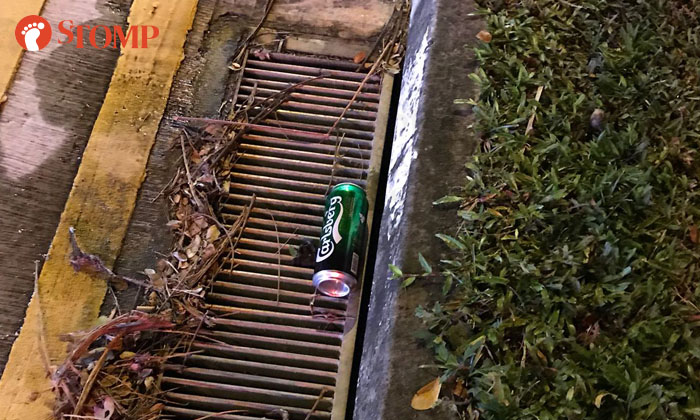 "The driver also told me that he just came back from the hospital and was feeling down, because his mother was terminally ill. He said that his mother was not going to make it.

"He didn't say he was drinking but I think he said all this to me to explain why and how he drove into the central divider.

"I didn't detect any beer smell though."

A police spokesman told Stomp that it was alerted to an accident involving a car along Yishun Street 51 towards Yishun Avenue 4, at 11.22pm.

"The driver, a 46-year-old man was arrested for suspected drink-driving," said the spokesman.