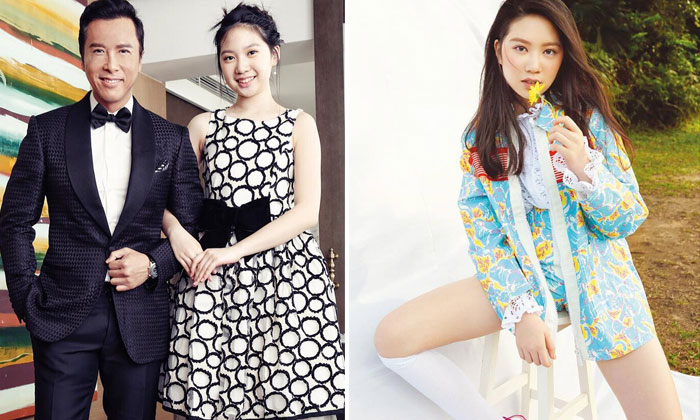 It's been said that the apple doesn't fall far from the tree.

On Wednesday (Jan 30), the 55-year-old Hong Kong actor updated his social media accounts with a glowing post about his daughter's first feature in magazine Cosmopolitan HK.

The Facebook post was accompanied by photos from the younger Yen's photoshoot, with a caption that read: "Daughter, @jasmineyenofficial amazing how time had flown by so quickly, you have become a young beautify [sic] little woman already! Thank you @oliviatsanghk for these gorgeous photos in her first HK Cosmopolitan feature!"

In addition to inheriting her parents' good looks, Jasmine seems to be following in the footsteps of her mother - 37-year-old Cissy Wang - who was a former beauty queen and model.

However, some users felt that some of the clothes and poses might have been a tad too mature for her and weren't afraid to sound off in the comments.

Nevertheless, Donnie's fans showed up with an overwhelming outpour of love, support and congratulations on his daughter's success and beauty, with many commenting that she's taking after her mother.

The younger Yen had previously showed off her singing chops at a fundraising ball for the Hong Kong Academy for Performing Arts.

Now, she can add modelling to her resume.

Looks like the Yens have a rising star in their midst and perhaps, one day, we might even be fortunate enough to see them in a movie together.