Donnie Yen and Jackie Chan to fight in Ip Man 4 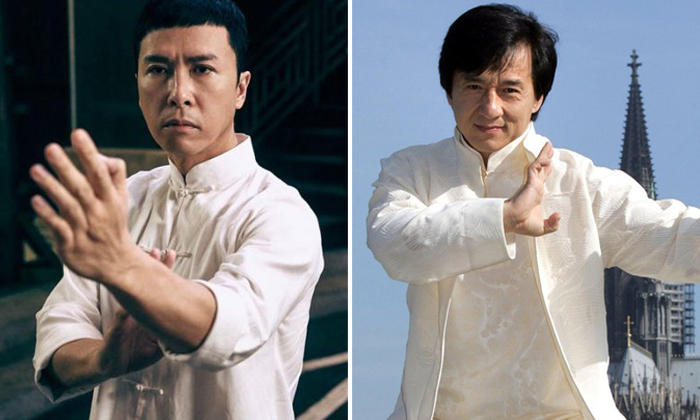 Two of the world's most prominent martial arts stars Jackie Chan and Donnie Yen will face off in upcoming movie Ip Man 4.

According to Jayne Stars, this latest instalment sees Ip Man’s disciple, Bruce Lee, arriving in the United States to open his own martial arts school.

However, Bruce offends the local people and Ip Man appears in Chinatown to help Bruce establish a stronger foothold in Chinatown and win over his adversaries.

Yen and Chan's fight scene is reportedly the biggest highlight in the film, which recently wrapped up shooting scenes in China and is expected to hit theaters later this year.

Although 54-year-old Yen was unable to celebrate the milestone with his fellow cast and crew due to other work commitments, he previously shared photos from the movie set on Weibo.

See more images in the gallery.