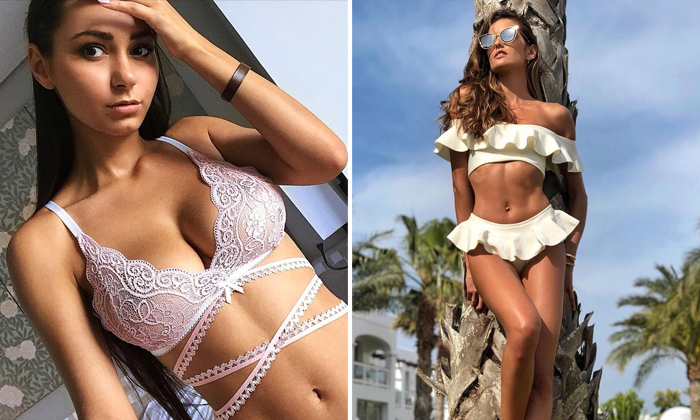 It's World Cup season -- but the globe's best footballers aren't the only ones in the limelight.

Their pretty Wives and Girlfriends (WAGs) are also getting their fair share of attention.

The Straits Times' Sports Desk picks its best XI of WAGs at the 2018 World Cup:

The Brazilian is a former Victoria's Secret model and is also the girlfriend of Paris Saint-Germain goalkeeper Kevin Trapp. The 27-year-old is Germany's third-choice 'keeper. Goulart is also known for being the face of Armani Exchange in 2008.

The wife of Belgian and Barcelona centre-back Thomas Vermaelen, 32, is a television presenter and lingerie model. They tied the knot in June 2017.

The Colombian superstar is married to 31-year-old Spain and Barcelona centre-back Gerard Pique. She won the Grammy award for the Best Latin Pop Album with El Dorado in 2017.

The wife of 24-year-old Brazil and Paris Saint-Germain (PSG) centre-back Marquinhos is a singer and television personality. They have been married since 2016.

She is a model and girlfriend of England and Manchester City defender Kyle Walker. They having been dating since 2011.

The wife of Iceland and Everton star Gylfi Sigurdsson was Miss Iceland in 2008 and they have been together since childhood where they both grew up in Reykjavik.

The girlfriend of England midfield ace Dele Alli, 22, is a lingerie model and represented Chanel and Dolce & Gabbana in her career.

The Russian model is the girlfriend of Colombian and Bayern Munich midfielder (on loan from Real Madrid) James Rodriguez. He will captain his national team in Russia.

The girlfriend of France winger Florian Thauvin, 25, was second runner-up in Miss France 2015 and also Miss Cote-d'Azur in 2014.

Neymar's stunning girlfriend is a Brazilian model and actress - she has won five television awards from seven nominations in Brazil.

Check out more photos of these WAGs in the gallery