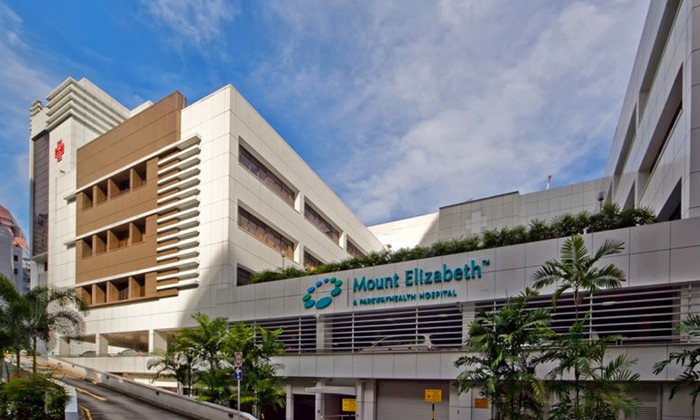 A doctor specialising in anaesthesiology, who is the director of a clinic called The Pain Specialist in Mount Elizabeth Hospital, appeared in a district court on Friday (Feb 7) after he allegedly molested a woman multiple times in the building.

A search on the Accounting and Corporate Regulatory Authority 's website reveals that the alleged offender, Yeo Sow Nam, is also the director of several organisations, including the College of Anaesthesiologists, Singapore.

Another online search for registered healthcare professionals in Singapore reveals that he is still practising.

On Friday, the 51-year-old Singaporean was charged with four counts of molestation, with all the cases allegedly involving the same 32-year-old woman.

It was not mentioned if she was his patient or colleague. She cannot be named due to a gag order to protect her identity.

He is accused of committing these offences on the 12th storey of Mount Elizabeth Hospital near Orchard Road in the evening of Oct 9, 2017.

According to court documents, Yeo is said to have performed acts such as gripping the woman's breasts with his hands and kissing her on the head.

The Mount Elizabeth website states that Yeo is the current president of World Institute of Pain for Singapore, Indonesia, Philippines and Thailand.

It added that he is also founder, past director and now visiting consultant of the Pain Management Centre and the Acupuncture Service of Singapore General Hospital.

The website also states: "The former president of the Pain Association of Singapore, Dr Yeo has been described as 'evangelical' in pain management and has given more than 100 local and international lectures, and has also published more than 70 articles and abstracts.

"Recognising that pain management requires a multidisciplinary approach, he started an advisory board of many eminent doctors of different disciplines for the Pain Association of Singapore."

In a statement to The Straits Times, Dr Noel Yeo, who is the CEO of Mount Elizabeth Hospital, said: "We are unable to provide further comment on this as the matter is currently before the courts."

Yeo was offered bail of $10,000 on Friday after District Judge Adam Nakhoda granted his permission to leave the jurisdiction.

The court heard that Yeo intends to leave Singapore for Malaysia for work-related matters later this month.

His pre-trial conference will be held on Feb 24.

For each count of molestation, offenders can be jailed for up to two years and fined or caned. Yeo cannot be caned as he is over 50 years old.

Related Stories
Doctor who allegedly beat up then GF over sex says he has "very little control" when drunk
Doctor accused of pulling down patient's bra cup and touching her breast at clinic
Doctor cleared of raping patient but convicted of sexual assault for inserting fingers into victim
More About:
molest
court
doctor